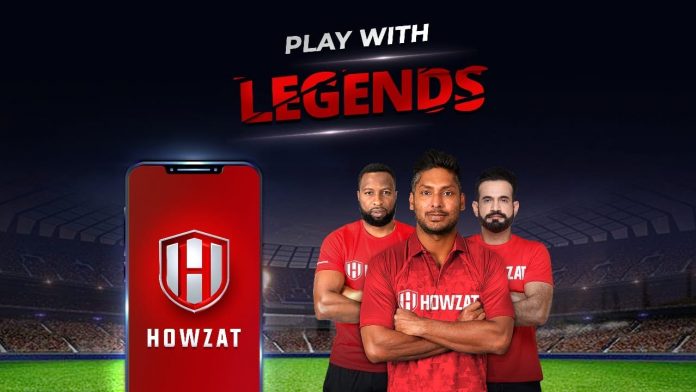 India has emerged as a thriving investment destination for fantasy sports. We are globally renowned for our love of cricket, and the digital revolution that has taken place in India in the last decade or so has paved the way for fantasy sports to be one of India’s fastest-growing industries, especially fantasy cricket.

Howzat is one of the new and fastest-growing applications. In the current Indian T20 league season, it is making waves. India’s top yearly annual T20 cricket tournament is the Indian T20 league. With nearly 462 million people tuning in to watch the tournament, last year’s version smashed all rating records. Centered on live cricket matches, fantasy sports websites host fantasy games and aim to add new functionality every season to keep their fans involved.

Recently, continuing this tradition, Howzat revealed that three cricket stars,  Irfan Pathan, Kieron Pollard and, Kumar Sangakkara were on-board as their brand ambassadors. A brand-new feature in the Howzat fantasy app called “Beat The Legends” welcomed the legends’ signing. Sports fans and users of the app are incredibly enthusiastic as the feature was released just before the Indian T20 league began.

Online fantasy sports is a game for the uninitiated, in which users can create their fantasy sports teams composed of real players. For upcoming real-world sports matches, the teams are formed, and the fantasy teams score points based on the real-life success of the players participating in real-world competitions for those teams.

Howzat, provided by the Indian gaming giant Junglee Games, is trusted by over 7 million sports fans in India and has an excellent rating of 4.5 stars. It gives users a safe platform to create their fantasy teams for three different sports (cricket, football, kabaddi) and play with users from across the country. Howzat is known for using cutting-edge technology with advanced data analytics to provide meaningful innovations in the game.

Passionate In Marketing - November 26, 2020
0
Saraswat Cooperative Bank to focus on PSLCs  It was in March 2020 that RBI had ordered UCB (Urban Cooperate...

PagarBook ropes in Akshay Kumar as its brand ambassador