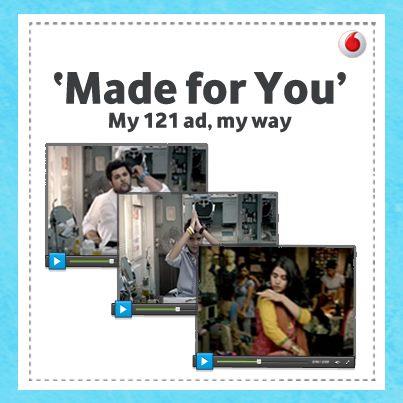 brands are trying to replicate their TV advertisements on ground by conducting various events. Recently Philips had some bodybuilders acting as live mannequins and demonstrating the Philips Body Groom products as part of below the line promotion. Vodafone also replicated its TV Commercial ‘121 Made For You Plan’ in select shopping malls in Pune, Ahmedabad, Delhi and Mumbai. In one of the places, Vodafone tied up with Cocoberry and offered free yoghurt with 3 toppings symbolising the 121 Made For You Plan.

Many brands are trying this direct consumer engagement model as part of mass media promotion mix to give depth to the campaign. This engagement model helps in lending credibility to the brands and tries to establish a relationship with the customers. The customers also are made to believe that, they would be getting what they see on the Television thereby strengthening the brand in the eyes of the customer. In the future we could see more companies and brands adopting this model and in the future both above the line promotion and below the line promotion are going to be a important part of the promotion mix.

Passionate in Marketing - December 6, 2021
0
Spinny supports badminton stars in the making. The funds will be utilized in the training of budding badminton talent.