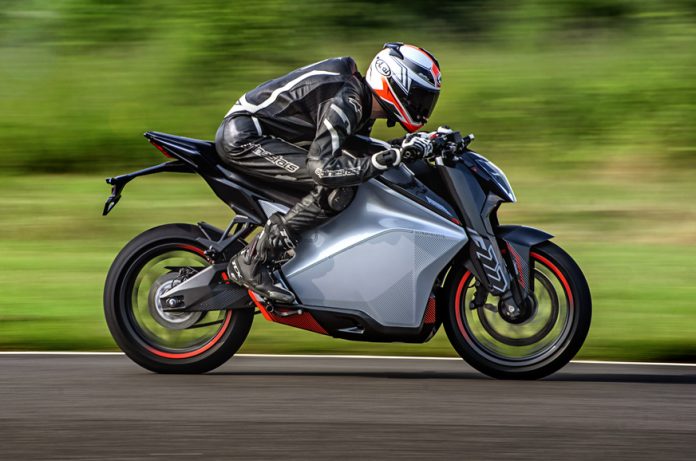 TVS Motor Company Ltd has raised its interest in the Ultraviolette Automotive Pvt Ltd electric motorcycle start-up from 25.76% to 29.48% by investing an additional amount of ₹30Crore in a regulatory filing, the company said on Wednesday. The investment belongs to the B-series Ultraviolette financing.

The manufacturer of the Apache series of motorcycles previously invested € 11 million in the shares of the start-up in Bengaluru, including € 5 million in the latter’s last fiscal preferences.

Ultraviolette, which announced its first F77 in November last year in its pre-production version, is preparing to produce a motorcycle. The pandemic is now expected to enter the sector, which has been postponed by a few months.

Even though the four-year-old company has built and produced the EV locally, it does not intend to support subsidies offered under the fame2 government (faster hybrid and electric vehicle manufacturing in India). The Fame 2 incentives are given at a price lower than 150,000 dollars for electric two-roller vehicles.

The company  Ultraviolette plans to announce its F77 model in  Bengaluru from next year, in the future Ultraviolette will also be developing its charging infrastructure in the cities of India.

Narayan Subramaniam, founder and chief executive officer at Ultraviolette Automotive said that the startup has been conducting track and road tests on the F77 adjusting and modifying its specifications.

“We have built a robust technology platform to support enhanced user experience. We unveiled the motorcycle less than a year ago, and since then, we have achieved significant strides in making the F77 production-ready,” the founder said.

Author - January 11, 2022
0
Since our states are again witnessing the spike of the covid third wave, the omicron surges the government, and the states have...