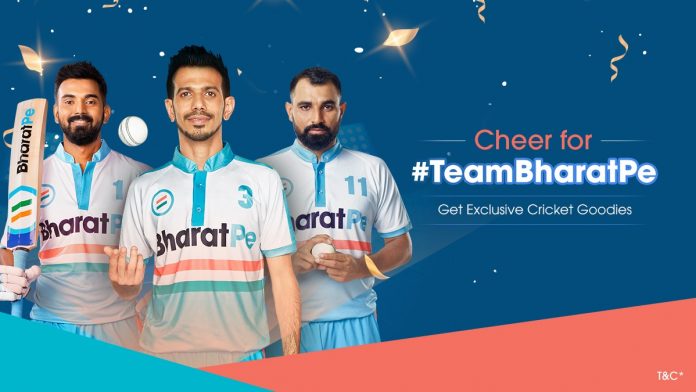 BharatPe has announced its own team of 11 cricket stars as its Brand Ambassadors, as the country prepares to begin the festive season over cricket. The BharatPe XI team contains the top international cricketers from India. The BharatPe XI players will be included on the field during September to October, playing cricket throughout 7 of the League teams.

A new competition, BharatPe Premier League (BPL), was also rolled out by BharatPe, in which the retailer partners of BharatPe will predict match winners and the player of the match, score runs and win special cricket products, individually autographed by the BharatPe XI team. BharatPe Premier League top scorers have an opportunity to meet their beloved cricket stars.

BharatPe will also begin a high-impact on the brand campaign involving cricketers as the season builds up leading to festivals, and it has been directed by an ace Bollywood Director. The campaign is intended to reinvent the fintech marketing environment as the firm will deliver its financial product range directly aimed at the Indian merchant community.

“Bollywood and cricket find the greatest popularity with Indians and our related audience,” Suhail Sameer, Group President, BharatPe, stated. With Salman Khan as our brand ambassador, we built our credibility last year. We’ve been doing a marketing coup of terms for our second year by creating our own squad of 11 cricket players as brand ambassadors.

With cricket starting off the festive season, our approach through the marketing campaign is to make our suite of financial products conscious of a wide range of merchants, which would help them shake off the effects of COVID and get back to work. It is supposed to be a friendly advertisement and will go on air at the beginning of October. As we extend our reach to more cities, this seems to be at an appropriate time.

For offline retailers and companies, BharatPe is a QR code-based payment app. It enables merchants to receive UPI payments through the BharatPe QR for ‘FREE.’ Through the application the retailers can sign up immediately and start collecting the funds in their bank account.