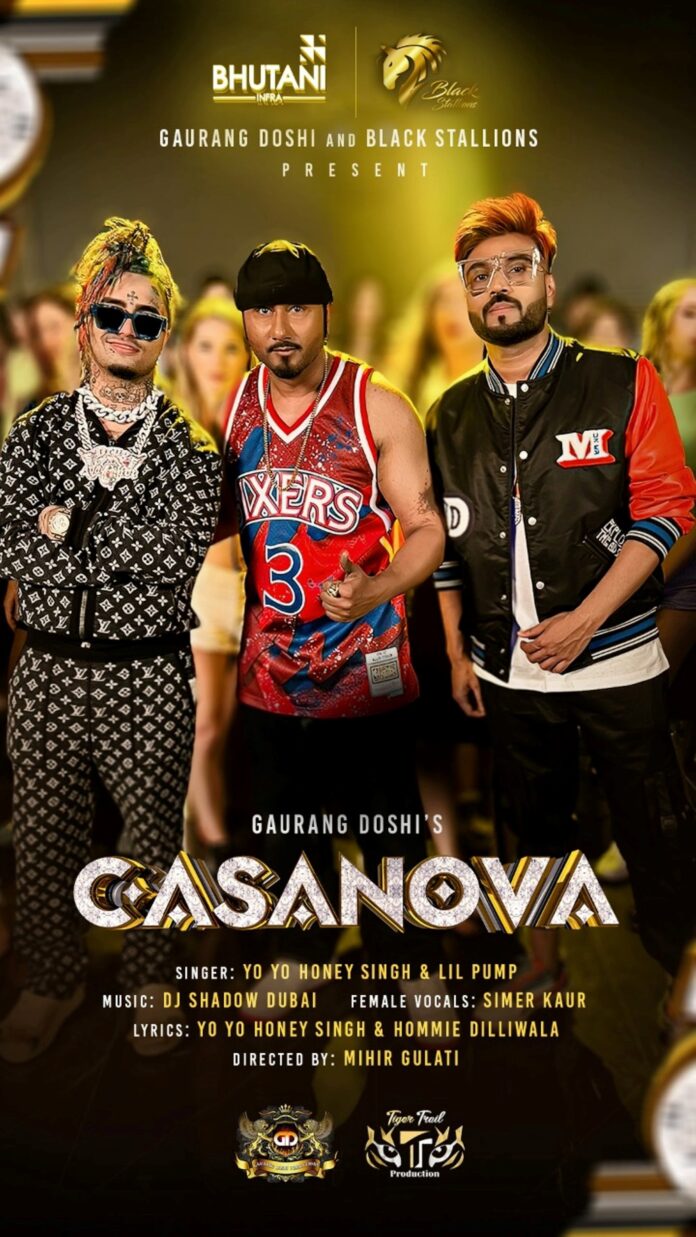 New Delhi, 10th August 2022: Bhutani Group, one of the leading real estate developers, has announced its proud association with the chartbuster song CASANOVA featuring Lil Pump, YoYo Honey Singh and DJ Shadow Dubai. The announcement to this effect was made at the launch of the song at Dubai Festival City.

Produced by Gauran Doshi along with co-producer Rocky Khan, CASANOVA is trending on all music and social media platforms. It is touted to be the party anthem of the year. The backdrop of the show featured laser search lights, fire effects, geysers, choreographed fountain and lights, fireworks, graphic show on the Intercontinental Building. It was the first time in history that a song was choreographed on laser, fountain and fireworks during its launch.

Speaking at the launch, Co-Producer Rocky Khan said, “We have an extensive partnership/ collaboration with Bhutani Group as they are one of the fastest growing organisations. Having Bhutani Group on board as brand partner is like a dream come true. The commitment of Bhutani Group towards its customers is truly commendable.”

Mr Ashish Bhutani, Chief Executive Officer, Bhutani Group, added, “We are proud to be associated with CASANOVA that has become an overnight sensation among the youth. This association has helped us connecting better with the GenNext, a segment that’s rapidly gaining purchasing power in real estate sector. The new millennial looks for commercial and business hubs equipped with all the latest amenities and we are committed to deliver the best-in-class commercial real estate projects.”

Backed by a decade’s worth of experience and an abundance of expertise, the Bhutani Group has pioneered the conceptualisation and execution of upscale real estate projects in the retail, commercial segments which includes the most advanced IT office spaces.

Situated at a prime location in a well-developed area very close to the institutional, IT/ITES offices, Alphathum provides a host of benefits to its occupants due to its proximity to the upcoming infrastructural developments and the expressway.

With the highest standards of deliveries and return on investment all across Delhi and NCR over the last two decades, Bhutani Group is on a continuous trajectory of evolution inspired by and creating best practices in the world of development.