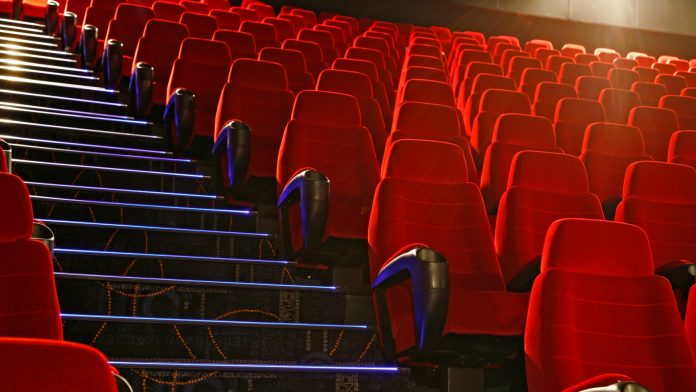 The 2020 pandemic has stripped cinema halls of audiences. It’s been almost four months since the theatre got closed. However, Television and film industries are gradually starting their work again. Many big starer movies like Dil Bechara and Shakuntala Devi are already released on the OTT platform and have attracted a huge crowd, other movies such as Akshay Kumar Starrrer Laxmmi Bomb, Bhuj, Sadak 2 are in line for the OTT release.

Bollywood is planning its comeback to cinemas once theatre re-open by announcing a lot of huge ventures to the tune of ₹300 crore featuring saleable names that will definitely charm crowds back to the theatre.

The big names to release movies are Deepika Padukone alongside the Bahubali actor Prabhas in an untitled movie, whose teaser was released by both the actors on their social media accounts, while Ajay Devgan has already announced his big project on the Galwan Valley clash. Actors like Akshay Kumar has got projects with Ekta Kapoor and Ayushmann Khurrana with Abhishek Kapoor on the love story of an athlete. A horror comedy movie starring Katrina Kaif, Siddhant Chaturvedi and Ishaan Khatter named Telephone Bhoot.

Not only in Bollywood but actors across languages gearing up for the same the theatrical experience back. From Telegu actor Allu Arjun announcing a new film to Dulguer Salmaan’s love story set in 1964 to be made in Malayalam, Tamil, and Telugu. The south superstars Mohanlal and Mahesh Babu to have signed projects.

The entertainment industry has been dealing with decreasing revenue and daily losses since the lockdown is announced. A number of projects are stuck in between. The pre and post-production, expensive movie sets have also been taken down due to the studio rental cost.

A senior executive at a leading studio said that the consumption pattern of the audience in theatre is going through a massive swirl but there is still hope to come back to cinemas. The person was referring to the ease of watching a variety of fresh content on video streaming sites available at home.

The person also added that the audience will visit the theatre on a big festival because people always have an eagerness to watch movies with the theatrical experience.

Ayushmaan Khurrana said that they want audiences to come back to the cinema halls and watch their movies and for that, they will spare no effort.

CEO of PVR Cinemas said that he saw no reason for people not coming back to theatres. Watching movies at home adds many boxes to be checked like a big screen, an OTT subscription, a stable Wi-Fi connection, no disturbances from anyone, and the list goes on.

Passionate In Marketing - September 14, 2020
0
The second-largest paint company in India, Berger Paints has introduced its affiliation with Bollywood actor Akshay Kumar for its waterproofing type of products under...