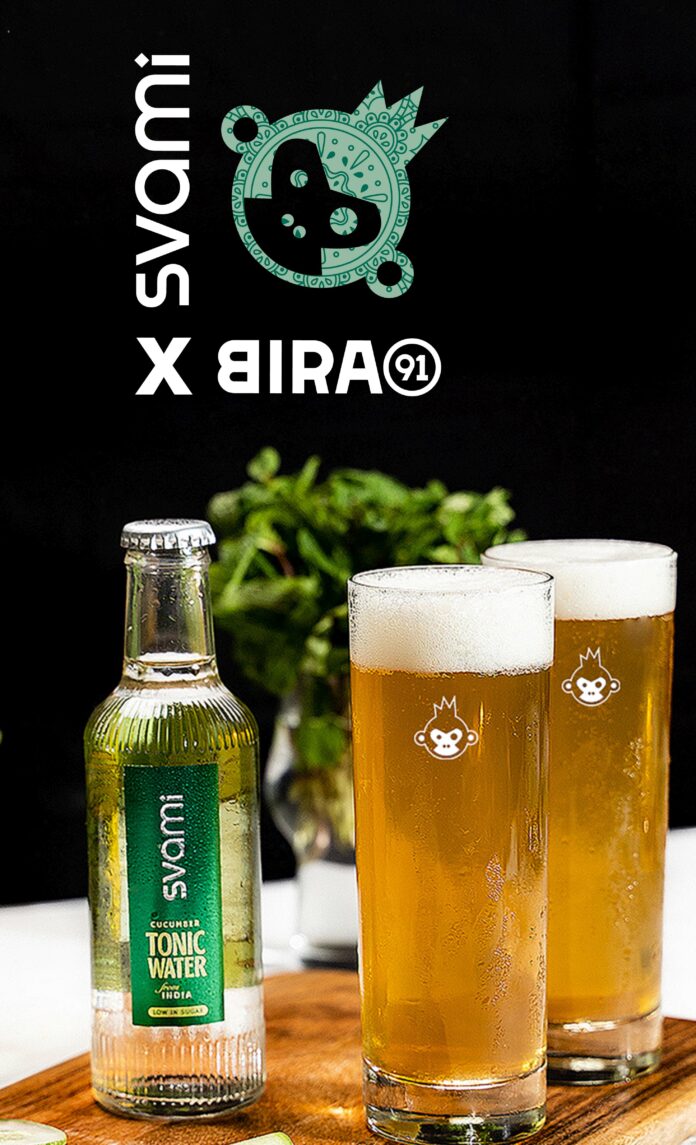 Bangalore, 25 November 2021: Bira 91, the world’s fastest growing premium beer company in collaboration with non-alcoholic drinks brand Svami, has rolled out an exciting new beer on the block- a Cucumber flavored Kölsch. Brewed to perfection in-house at Bira 91’s Limited Release Taproom in Bangalore, it is a unique rendition of beer that takes the flavor innovation game in the industry to a whole new level.

The Bira 91 x Svami Cucumber Kölsch is brewed with pure German Pilsner malt, a fresh cucumber flavor and the delicate caress of the finest German noble hops, with an IBU of 18 and an ABV of 6%. It is a craft blend of bitter-sweet notes and cool cucumbers creating a crisp, balanced, and revitalizing beer.

Staying true to Bira 91’s recent ‘Make Play with Flavors’ campaign that encourages consumers to be more experimental, creative and playful while exploring new flavors in everything, including the beers that they drink. This collaboration with Svami is yet another exciting testament to deliver on that promise.

The Bira 91 Taproom in Bangalore debuts a new limited-release flavor every week and currently has 10 beers running on tap. The Bira 91 x Svami Cucumber Kölsch is the newest addition to this diverse mix. Replete with tasting and mixology sessions as well as live performances by artists including Cinema of Excess and Zoe Siddharth, the brew was launched in a never-seen-before 2-day event here.

Commenting on the partnership Nayanabhiram Deekonda, VP Restaurants, Bira 91 said, “At Bira 91, our aim is to be at the forefront on all things innovation- beer or otherwise. We are beyond thrilled to partner with Svami, another homegrown brand to create a refreshing cucumber flavored kölsch, a unique take on reimagining beer as we know it. This kölsch brings to your palate a blend of Bira 91’s playfulness and Swami’s eclectic tonics. As we speak to a generation to whom beer means flavor, partnering with Svami, a like-minded brand that also believes in constantly pushing the flavor envelope, has made this creative collaboration a truly special one.”

Commenting on the launch Aneesh Bhasin, Co-Founder, Svami said, “We are very excited to partner with Bira 91, a fellow Indian brand spearheading its category. Further to their recent ‘Make Play with Flavors’ campaign, we knew we had to play with the most unique flavor from our portfolio and chose cucumber from our cucumber tonic water. The result of this collaboration is an avant-garde brew that stays true to our brands’ ethos. With this association, we were able to seamlessly blend the best of both worlds- beer and tonic.”