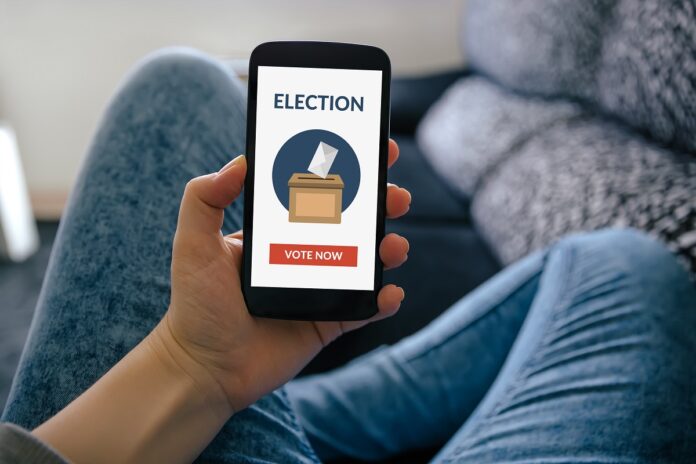 From the last five years, the credibility in elections is always on a stake in America. The voting system has always been on stake and it’s a matter of concern. Traditional voting was often subjected to corruption or malpractices. The Problem of traditional Voting as we see in most of the elections, the voters have to report themselves physically at the polling station to cast their ballot with a paper vote or via EVM. While there is a different procedure for such in developed economies. As booth riggings were most common in developed countries, so they shifted from ballot paper-based system of voting to EVM’s.

Poor voter turning out is also one of the major problems. Like an absence of inspiring candidates or lacking interest in them makes it hard to convince people in practising their right in formulating the government. As the same happened in the year 2016 where 56% in US voting-age population turned up. As per other case studies, 3rd of non-voters didn’t have their say in government consultancy because of failure of them in making it to polling booths. They also tried to make the use of Blockchain Technology in online voting as they provide an immutable apparatus. Also, Security and privacy are the two key aspects to be focussed on the online voting system.

As by introducing using the blockchain technology in elections, we can have a stop to it. As it is formidable and law-abiding image size, we can use this as an agent of trust. On coming to transparency, a blockchain voting app offers such in their terms of validation the accuracy of input vote trails.  The system entries will be stamped and encrypted before being secured with the private keys. On coming to Anonymity as we are aware of the nodes are distributed randomly.

The Centralised authority work is to secure automated cyberspace in Blockchain e-voting system. Also, e-voting using blockchain could enable familiar identification mechanism for the people such as two-factor authentication to preserve the sanctity of election. The Processing time, turnaround time is highly reduced by the current measure of technology. By using the blockchain technology, we get to know the real-time results.

The two blockchains embed application such as Bitcoin Blockchain, which is slower in processing transactions as it takes 10 minutes at minimum to update and broadcast new transactions. Whereas Ethreum is the faster mode of the blockchain. The future of voting without the involvement of electronic and digital media is at stake. But the blockchain has the power to implement such actions.

Author - May 18, 2022
0
Moneycontrol Pro, the only Indian publisher on the elite list, has achieved this feat within three years of launch due to the support...