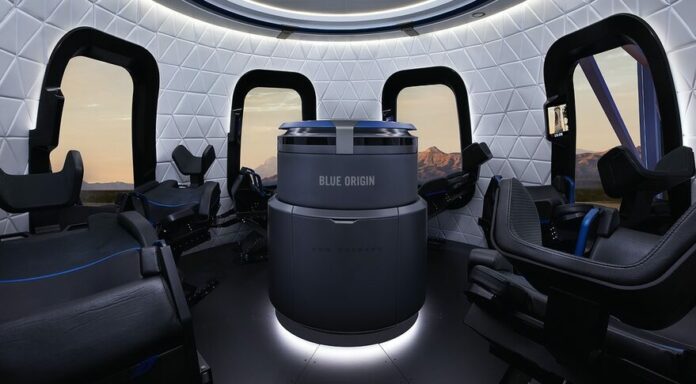 Blue Origin the space venture owned by the business magnate Jeff Bezos has announced that they will launch their first space tourism flight aboard the New Shepard on the 20th of July.

They have planned that they will auction it in three phases:

You can bid any amount you want on the auction website

The bidding concludes with a live auction

And the winning bid amount will be donated to Club for the Future, a foundation owned by Blue Origin to inspire future generations to pursue career opportunities in STEM and help invent the future of Life in Space.

And the highest bidder will have a once-in-a-lifetime opportunity to go to space. Even though the tickets would be hundreds of thousands of dollars or maybe even millions, this is a golden opportunity.

Requirements: The successful bidder has to go through several requirements for this experience. It’s about the ability to deal with heights, their medical condition, and many other things. Only after this, the bidder will be able to go on their 11-minute space joyride.

The Japanese billionaire Yusaku Maezawa has started a project named DearMoon in which they make use of a SpaceX Starship on a private spaceflight flying a single circumlunar trajectory around the Moon. . The project objective is to have six to eight normal people travel with Maezawa for free around the Moon on a six-day tour.