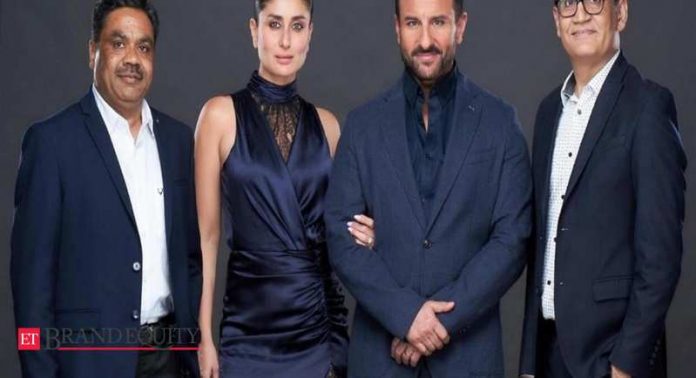 Most popular and successful star pair Saif Ali Khan and Kareena Kapoor Khan from Bollywood as its brand ambassadors of Vectus Group.

The Nawab of Pataudi Saif Ali Khan and his beautiful Begum Kareena Kapoor Khan the royal couples of Bollywood recently did a photo shoot together on becoming the Brand Ambassadors of VECTUS Pipes & Tanks. They have set couple goals and are elegantly couples each time they came for an assignment, as per the reports of their son and also the foremost adorable star kid Taimur Ali Khan was also an element of the affair off-camera.

The brand has launched its first marketing campaign, “Vectus India ki waterline” with the actors on all media formats including, electronic, print, and digital.

The Managing Directors of Vectus Group, Mr. Ashish Baheti, and Mr. Atul Ladha made an announcement, “We are delighted to possess the foremost popular Bollywood star couple Saif and Kareena on board as our brand ambassadors. Vectus has been related to any celebrity couple for brand promotion for the first time, and it’s rare to figure out an ideal match between the brands then the brand ambassadors, who share the identical attributes of sophistication and class. Obviously it is a winning association which will take brand Vectus to an improved level of recognition and growth.”

They shared that this association, and therefore, the campaign altogether has been undergone alright by the channel partners and customers, who are equally proud to be related to the Vectus Group. Vectus Group is manufacturing high-quality water storage tanks and plastic pipes, including underground and overground tanks, for more than three decades. Apart from all these exclusive product lines, Vectus also manufactures Bath accessories as well as Agricultural plastic products and Household products. The company has registered its strong all over India presence with its 14 manufacturing plants, 5 depots, and more than 5000 dealers network.