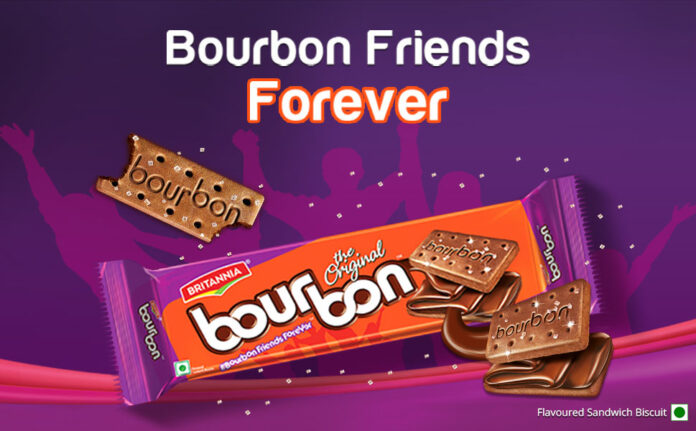 Like their previous #BourbonFriendsForever campaign, the TVC emphasizes the desire for the biscuit by demonstrating that even best friends refuse to share it.

Britannia Bourbon has been relished in almost every Indian family for more than 65 years.

He also expressed his excitement to introduce the new group of friends; Hardik Pandya, Shreyas Iyer, and Deepak Chahar to the audience.

They’ve brought the brand’s concept to life in a humorous and wicked way, added Subramanyam.

The story is relatable to every friend’s gang because the trio is known to be friends on and off the field.

In the ad film, Pandya pulls a prank on Iyer and Chahar by pretending to share the last Bourbon biscuit in the pack while hiding the other two remaining pieces.

This funny and relatable television commercial is created by Mccann India-South.

“When you pull a fast one over a friend and it’s all in good fun, you know the friendship’s got to be original,” commented Sambit Mohanty, Head of Creative – South, McCann WorldGroup.

That’s very much how and what they have captured in their new film for Britannia Bourbon – the original bourbon.

As it shows a friendship built on a strong foundation of wickedness, inappropriateness and pranks with Britannia Bourbon at its heart, the Creative Head further added.

With so many biscuit companies creating their own Bourbon biscuits, the ad film ends with a reminder to viewers that they are the “Original Britannia Bourbon”.

For a long time, the theme of friendship has been present in Britannia Bourbon Television commercials.

The brand had released a TVC along the same lines back in 2017, in which the biscuit is so irresistible that even friends do not want to share it.