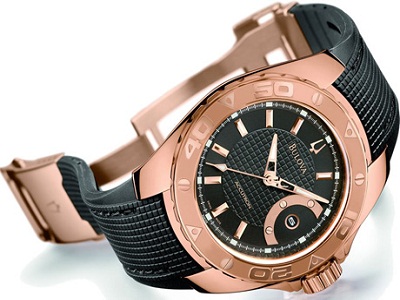 Bulova, the US finest watch brand has forayed into the Indian market via an exclusive sales tie-up with Amazon Indiae-commerce portal. Regarding this partnership, June Rhee, Bulova’s Vice President for Asia Pacific claimed that the watch brand is entering India as Internet only model and that they will bring a wide range of collections that they possess. It has added by the executive that the brand has some aggressive plans for the Indian market and is expecting the country to be the largest markets in the entire region of Asia.

Besides its partnership with Amazon India to sell its offerings in the country, Bulova has also got an exclusive distributor based in Bangalore. The Bulova executive has claimed that the firm is looking to set up its brick and mortar retail distribution in future. She added that they prefer to get into the offline retail market as well once they get established in the country.

She has made it clear that it is tough to tell when exactly it is possible and that they will make a decision based on the growth in the Indian market. In the coming months, the watch brand Bulova is planning to add its Swiss collections in India, added Rhee.

When it comes to the association with the watch brand, Vikas Purohit, Amazon India’s Head of Fashion claimed that they have worked in collaboration with the marketing team of Bulova for around four months in order to launch the brand’s store in their platform. It is the premium watch segment that is one of the rapidly growing categories on Amazon India and hence, this partnership is believed to work out smoothly for both the firms.

Notably, Bulova will be importing its complete product range to the Indian market and its watches will be priced in the range between Rs 9,000 and Rs 1 lakh.

Bulova is a 140 year old watch firm and it is one of the largest watch manufacturers in the US market that is renowned for its artistry and innovation. Bulova is the official time keeper and global partner of English Premier League football club in Manchester United.  With superior craftsmanship, design and style along with great technology, the firm has come up with a comprehensive selection of watches such as Automatic, Classic, Diamond, Marine Star and Precisionist collections.

Passionate In Marketing - June 11, 2015
0
Hindustan Unilever has made a decision to discontinue the production and sale of its Chinese range of instant noodles that sell under the brand...

Samsung continues to lead the smartphone segment in India with Vivo...

Watch out for 4 unique traits of TV Advertisement Viewers