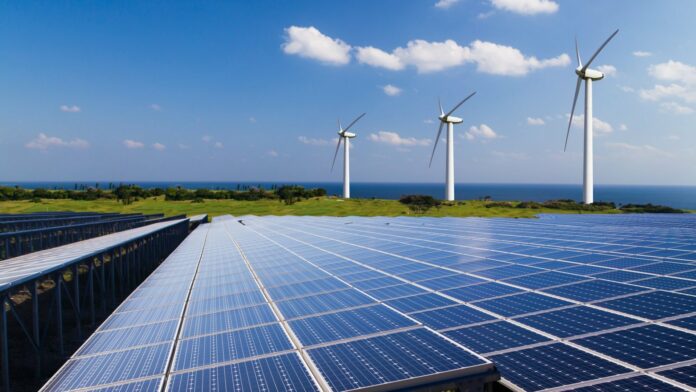 The Cabinet Committee on Economic Affairs (CCEA) sanctioned a ₹1,500 crores investment in the Indian Renewable Energy Development Agency Ltd (IREDA) on Wednesday. The investment will support the creation of 10,200 jobs while also reducing carbon emissions by 7.49 million tonnes per year.

Following a meeting earlier in the day, the CCEA announced that the additional equity infusion will allow the Miniratna company under the ministry of new and renewable energy to lend approximately ₹12,000 crores to the renewable energy sector, assisting in meeting the sector’s debt requirement for additional capacity of 3,500–4,000 MW.

The stock investment will also boost the net worth of the specialist non-banking finance agency, allowing it to access additional funding and contribute more effectively to the government’s goals.

It will also strengthen its capital-to-risk-weighted-assets ratio to make lending and borrowing easier, according to the CCEA.

Anurag Thakur, Minister of Information and Broadcasting, stated that IREDA has played a significant role in the field of renewable energy, with its portfolio increasing from ₹8,800 crores to ₹28,000 crores in the last six years.

However, the Reserve Bank of India states that the loan can only be based on 20% of the borrower’s net worth. IREDA has a net worth of ₹3,000 crores. It can lend up to ₹600 crores.

Separately, the Union cabinet authorized a program to pay borrowers in designated loan accounts ex-gratia of ₹973.74 crores, the difference between compound and simple interest for six months.

The plan was authorized by the government for six months during the first wave of the covid pandemic, from March 1 to August 31, 2020, with a budget of ₹5,500 crores for FY21.

It was meant for distressed or vulnerable borrowers who had taken loans of up to ₹2 crores in the categories of MSME, housing, education, and consumer durables, as well as credit card debts, auto loans, personal or professional loans, and consumption loans.

The nodal agency under the scheme for subsequent reimbursement to lending institutions, the State Bank of India, informed the government that it had received consolidated claims totaling ₹6,473.74 crores, which were higher than the allocated amount, and that it had requested an additional allocation of the balance amount.

The Union Cabinet also approved a three-year extension of the National Commission for Safai Karamcharis’ term, which will help sanitation workers and 58,098 designated manual scavengers throughout the country.

The decision, which would cost the government ₹43.68 crores, comes as states, including Punjab, prepare to hold Assembly elections.

The government has taken steps to prohibit manual scavenging, but it still occurs on occasion, according to the cabinet, adding that the deprivation they face in terms of socioeconomic and educational opportunities has yet to be addressed.

The elimination of hazardous sewer or septic tank cleaning remains a top objective for the government, according to the cabinet.