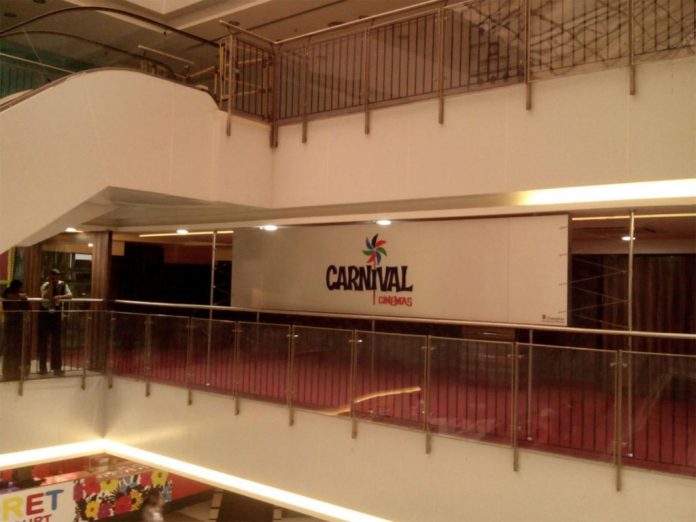 On Monday, Anil Ambani lead Reliance MediaWorks Ltd (RMW) and Carnival Cinemas announced the signing of definitive agreements for the sale of the multiplexes business owned by the former to the latter. It is claimed that this is the largest ever deal in this particular segment in the country until now.

After month of negotiations, Carnival Cinemas that is backed by a Mumbai based agro trading firm stated that it will be acquiring Big Cinemas owned by Ambani for a valuation of over Rs 700 crores including the debt. This move is believed to enhance consolidation in the industry with three such transactions in the past year.

Eventually, Carnival Cinemas along with the 242 screens of Big Cinemas will become one among the top three film exhibition companies with more than 300 screens across the nation. This will increase the bargaining power of the firm with film producers and distributors asking for a larger share of box office receipts.

Carnival Cinemas has over 50 operational screens and it is all set to add 75 screens in the next couple of months. The brand has plans to reach over 400 screens in the current fiscal while it spans across states such as Kerala, Karnataka, Tamil Nadu, Maharashtra, Madhya Pradesh, Uttar Prardesh andWest Bengal.

Regarding this, Shrikant Bhasi, Chairman, Carnival Group said that the firm is aiming to reach the milestone of 1,000 screens by 2017. Also, they are focusing on establishing a strong presence in the tier II and tier III cities besides their focus on tier I regions.

InIndia, there are 1,700 multiplex screens and PVR with 454 multiplex screens is in the top position followed by Inox with 361 screens. As per a KPMG and Federation of Indian Chambers of Commerce and Industry ( Ficci) report in 2013, multiplexes account only for eight percent of the screens in the country, but they rake in one third of the box office receipts.

Notably, KV Ramanand, Partner, Corporate Finance at KPMG said that Carnival has only 40 screens in the last year and it is looking directly to tap into the third spot with its growth making it a meaningful player in the segment. Also, Ajay Shah, Partner, EY, Transaction Advisory Services added that Big Cinema was very strong in the North and West of the country and Carnival is already pretty strong in the South, thereby this deal will provide the latter with an all India presence.

Cadbury to come out with Chocolates that don’t melt in hot...

Passionate In Marketing - December 8, 2012
0
Dec 8, 2012: In a major breakthrough that will change the way chocolates are kept in a solid form even during hot weather, Cadbury...

Spencer’s to add 80 hypermarkets across the country in next four...

Baahubali 2: The Conclusion marketing reaches peak with deals worth over...

Amazon looking for tie up with India Post to increase speed...