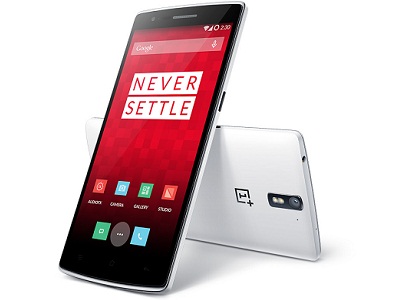 The OnePlus One smartphone that was launched by the Chinese brand OnePlus earlier this year and released in India on December 2 has opened to positive reviews. Eventually, the handset appears to be creating a demand in the market. OnePlus announced that the smartphone will be exclusively available via e-commerce portal Amazon and that it can be purchased using country specific invites.

Consumers who like to buy an OnePlus One smartphone will have to create an OnePlus account on Amazon to grab an invite for free and this invite will be valid for 2 to 3 days to purchase the device. Every OnePlus One buyer will receive three invites that can be passed on to others interested in the device.

But, the OnePlus is also available through the other reseller marketplaces including eBay, Quikr and OLX. Notably, the invites to buy the device from AmazonIndiaare available for free, but they are sold on Quikr for Rs 500 to Rs 1,000.

The reason for the great demand for the OnePlus One is that the device is termed ‘flagship killer’ is considered the most exclusive Android smartphone with premium specifications such a 64 GB of native storage capacity and 3 GB of RAM to mention a few. While only those devices that are priced above Rs 40,000 only arrive with similar specs, the OnePlus One is priced reasonably at Rs 21,999. Besides this, the quality and customizable options are the best aspects of the smartphone that have also managed to lure tech enthusiasts, smartphone addicts and geeks towards it.

To refresh on its specifications, the OnePlus One arrive with a 5.5 inch Full HD JDI display and is powered by a 2.5 GHz Snapdragon 801 SoC paired with 3 GB of RAM. There is a 13 MP primary camera at its back and a 5 MP front facing selfie snapper for video conferencing. Other goodies include a 3,100 mAh battery and connectivity aspects such as NFC, GPS with GLONASS and others.

Passionate In Marketing - January 16, 2014
0
January 16, 2014: Google in its effort to enhance the online shopping experience of customers will be unveiling its new service ‘Shoppable Hangout’ in...

OnePlus One Phones and Invites Available Online for Premium Price

Background television can divert a child’s attention from play and learning:...

Is the Google Glass becoming too fragile?

India Will Be Third Biggest Automobile Manufacturer by 2020