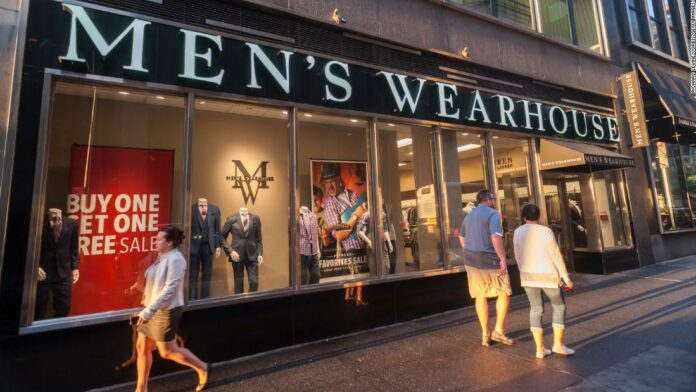 The first Men’s Wearhouse was started and founded by George Zimmer, with $7,000 of his own money and $30,000 borrowed from his father, who was a raincoat manufacturer.

From that point on, Zimmer developed a company built on a solid corporate reputation, sharing a portion of pre-tax profits, maintaining vendors in good stead, and fixating marketing to his popular word of guarantee.

The firm that was launched and departed from years ago by Zimmer, which then became the now-popular Tailored Brands, is borrowing money and in lump sum amounts. Now they are borrowing barely to stand stable and alive while the pandemic continues to cause diminishing spending patterns on apparel.

Tailored Brands came up from bankruptcy at the beginning of December, and by numerous accounts, ran into liquidity and financial issues right after. Just months after the bankruptcy, the firm negotiated $75 million in emergency financing while facing another potential bankruptcy.

From then, consumer traffic to the retail chain has picked up but positioned well below the pre-pandemic climate.

Tailored Brands’ sales dropped consistently in the years leading to the pandemic crisis, but the company also witnessed its position being in the black since 2015. They have been posting regularly, but the profits seemed fluctuating.

In general, the pandemic had an unmatched effect on clothing sellers because of depressed spending and organic consumer traffic falling together. Due to this, Tailored Brands humped up a $258 million loss as sales dropped by almost 60%. That took place in the first quarter of 2020, inclusive of the temporary shutdown of its stores.

On December 1st, Tailored Brands declared its emergence from bankruptcy. It was then that Dinesh Lathi, CEO Tailored Brands, said that the company was confident and is stable for the future and is looking ahead to building this momentum as they move into the next chapter.

Almost two weeks later, Lathi mentioned to the interim board that Tailored Brands was facing liquidity issues. That was noted in a hearing by an attorney for the beneficiaries to a trust holding a minor stake in the brand. They have also been combating Tailored Brands’ emergency loan in the months that followed.

Mohsin Meghji, a managing partner from M3 Partners identified weeks later about the firm’s financial instability and that it could bring rise to another bankruptcy.

Tailored Brands settled with Meghji on behalf of the share-owning trust’s beneficiaries, providing $3.3 million for the group’s stake. But Meghji determined after being industrious on the firm’s financial state that the settlement was better than the alternative: a bankrupt scene where the beneficiaries would not get anything said Meghji in testimony.