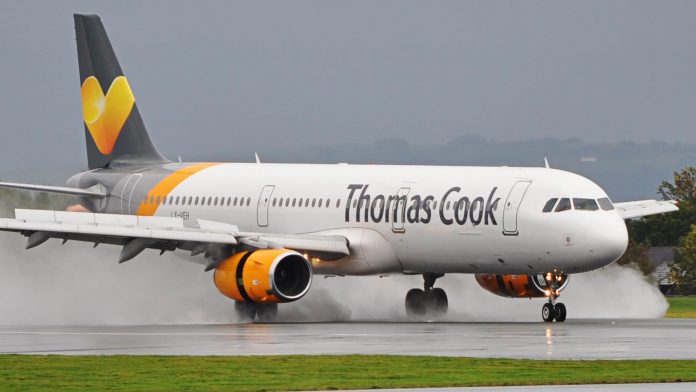 British travel company Thomas Cook Group operated as both an airline company and a tour and travel firm. The group was founded in 2007 after the merger of My Travel and Thomas Cook AG.

However, “Thomas Cook” as a brand is 178 years old and was trusted by travelers as a whole. Lately, due to lack of funds, Thomas Cook Group shattered. In other words, they announced their bankruptcy.

The travel industry is one of the largest service industries on Earth. More than 1.45 billion people travel across the world in a year. With the increase in income of people, the travel industry will grow at a higher rate. However, that is not the case with the pandemic lurking around.

Thomas Cook Group is the oldest travel agency on the entire planet. It was founded in 1841 by Thomas Cook by aiding people to travel utilizing train. Simultaneously, he founded the Thomas Cook Travel Agency and acted as the middle man for travelers. By 1860, the group was allocating foreign trips for the first time. They were the first company to take people from the country to the US and Europe.

When Thomas Cook became sure about his business, he bought a shop on Fleet Street, London. He started selling travel accessories coupled with travel arrangements. Years later, Thomas partnered with his son, John Mason Cook, and renamed the enterprise to Thomas Cook & Son. John offered expertise for the commercials of the group.

The main reason for the demolishment of Thomas Cook is that they were unable to secure the funding totaling £200-250 million. Yes, it could have easily survived if it was for the funds.

$2.1 billion is the total of their debt. That was also the reason investors withdrew from investing in the group. They were unable to raise funds as, again, investors walked away.

Operating an airline is a difficult task. When the investors backed out from investing, its running cost such as fuel, crew, maintenance, etc. could not be fulfilled. An airline needs a lot of funds to bear all this, but the investors had backed out.

The main reason, as the company suggests, for the collapse, is Brexit. Coupled with that, the other reason for its crumble is resisting change. With the direct and easy access to the internet, the company was unable to adapt to this change of the new generation and broke to pieces.