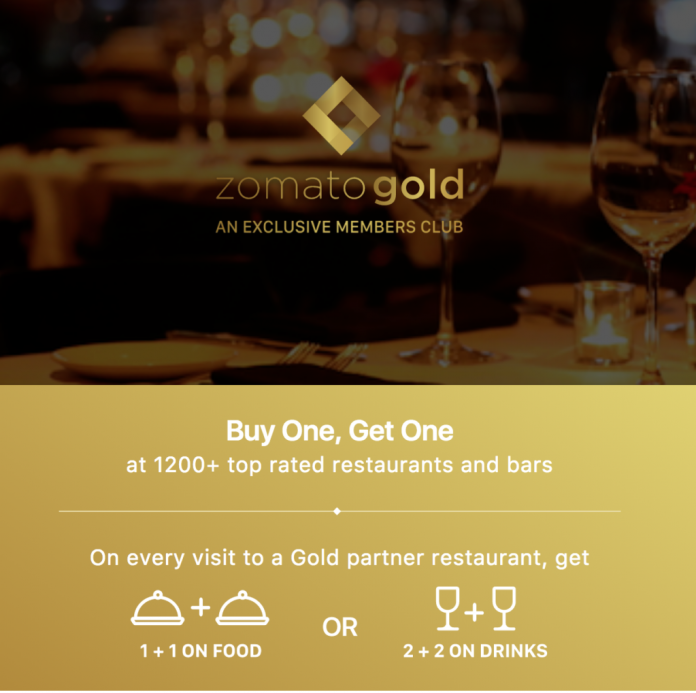 The Zomato Gold membership scheme was a success on the loose, but the inborn conflict of the scheme lit fire to a huge war between the restaurants and aggregator. Directing the focus of diners from discounts to fidelity may be the best way to progress.

Zomato has been in the news and for all the wrong reasons possible. Almost 2,000 restaurants across the nation have joined hands in a #LogOut campaign, indicating their extraction from the Zomato Gold membership. It is a strange turn of events. More so, Zomato Gold was never thought to be a mass-based membership scheme that it naturally transformed out to be just after its launch. Zomato had promised its restaurant associates that it would be exclusive and niche. The restaurant associates were astonished when the membership boosted up 40,000 customers in less than three days on if its launch.

The benefits for the members were enormous: for a subscription fee as low as Rs 299 for three months or Rs 999 for the year, members could get a dish for free or two drinks for free for every order they placed. And to add on, there were no limits on when or how often you could visit the restaurant, so as you shared your membership details with the restaurant you were ordering from.

Just after four days of the launch, an exclusive by The Ken brought up the on-the-line dissatisfaction among the restaurant associates. However, CEO Deepinder Goyal chose to ignore the indications, declaring Zomato was on top of the game and could make it work. Almost two years later, reality had struck him when the #LogOut campaign was at its peak and Goyal wrote an eight-tweet statement, realizing the membership program had its intrinsic challenges and promising due corrections.

The fact is that Zomato Gold was thought of as a discount scheme, deceptive as a loyalty scheme. In the restaurant sector, unilaterally using discounts will lead to a rusty state of the brand’s equity. Many enterprises have spent millions to build their brand to create a one-of-a-kind on-premise experience for consumers. In most cases, they will be willing to pay a premium for that.

Zomato will have to either pursue this coalition loyalty-based strategy, but it should be planned to completely reinvent the company. Otherwise, they just have to keep concentrating on its business, the core part of it that is delivery. And that accounts for 75% of its revenues. Master that, grow in it and then expand into vicinal businesses.

This existential dilemma will have to be solved quickly before it is too late. What do you think?