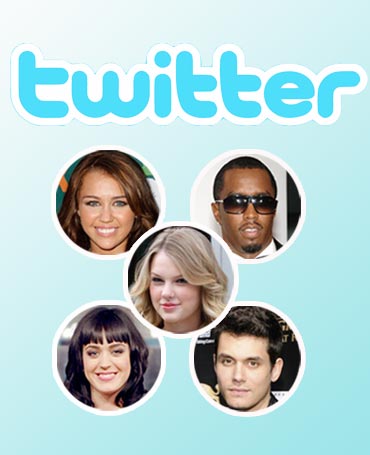 July 23, 2013: The trend that is widely followed in Hollywood is now slowly coming to India as well. We are talking about nothing other than celebrities with huge Twitter following getting paid for their tweets. When Kim Kardashian, Victoria Beckham, Wayne Rooney and the likes are getting paid for their tweets how can Indian Bollywood stars be left out. This trend is now showing up in India as well.

It was in news recently that Kim Kardashian who has got 18 million followers on Twitter earns about 7,000 pounds for a single tweet and continuing with this trend in India, Very recently an Indian health portal has approached Priyanka Chopra as part of a very special endorsement deal because of the 4.2 million twitter followers she has. According to reports Priyanka would be tweeting about the portal and she would be getting a handsome amount for the same.

Increasingly celebrities in India have started including social media in their brand endorsement contracts and celebrities like Chetan Bhagat, Shruti Hassan etc have already started getting paid as part of the deal. Quoting the words of Bunty Sajdeh, CEO, Cornerstone Sport & Entertainment, “Twitter is a very big aspect of a celeb’s reach. Sponsored tweets are certainly gaining traction in India.” Generally it costs 25 per cent of traditional endorsement contract with a celebrity to include contract covering social media tools like Twitter, Blogs, Instagram, Facebook and websites of celebrities.

Social media deals are generally in the size of Rs.10 lakhs- 30 lakhs in India for three months and there are some celebrities who get paid Rs.5-7 lakhs per tweet depending on the Twitter following. Though it is seen that this trend of engaging in separate social media contract is gaining traction there are still some celebrities who have got a huge fan following but yet they are not for monetizing the tweets as they consider it as a personal space where they connect with their fans.

Jebin Jose - May 2, 2021
0
Apple's success in India remained high between January and March. The iPhone maker remained the market leader in the premium category, which...