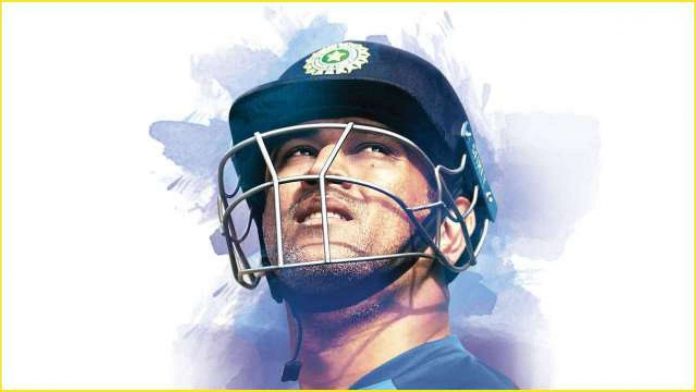 Indian Wicketkeeper and Batsman, the captain of the Indian cricket team, Mahendra Singh Dhoni may have announced his retirement from international cricket but Dhoni will remain in the hearts of all.

The 39-year-old former wicketkeeper wore the blue Jersey of India at the Old Trafford in the UK on July 9 October 2019 during the semi-final of the ICC World Cup. While Dhoni decided to don the Indian jersey for the last time in this year’s ICC T20 World Cup, postponing the tournament because of the pandemic made it difficult to fulfil the wish.

Dhoni’s portrayal of a small-town boy from Ranchi, who became the Indian cricket team’s most successful captain and led the Indian Cricket team to pole position in top ICC tournaments, found buying with the Indian audience, and everybody loved his ‘captain cool’ brand proposition.

Arun Pandey of Rhiti Sports, who used to manage Dhoni told in an interview that the nation and the team come first for the cricketer.

“Brand Dhoni had more endorsement deals in the past 3-4 years than perhaps 10 years ago when he was at his peak as captain,” mentioned by Sandeep mentor of Indian Institute of Human Brand. “Dhoni is known for his cricket to the world, but for us, it is his friendly, calm nature and behaviour. I think he’s going to continue to have long-term value for us, “Indigo Paints CEO Hemant Jalan told in a recent interview.” It was cricket that made him what he is, but customers respond to his image, his coming from a small town, and his rising to stardom.

He added that Dhoni now planning to spend at least 2-3 months per year with the Indian Territorial Army, where he holds the rank of lieutenant colonel as an honorary. The question arises now is that for Dhoni who endorses more than 30 brands including Gulf Oil, Oppo, Coca-Cola, TVS, and MasterCard will the international cricket retirement result in him losing brand endorsements?

Dhoni was in 9th place, with a brand value of $41.2 million, according to the Celebrity brand value rating of Duff & Phelps.

“Dhoni was charging Rs 3.5-4.5 crore per year, with two days of dedication. He will keep charging the same, “A marketing executive, who deals with Dhoni, said.

Experts also feel that Dhoni could also go and play in other international leagues after retirement from international cricket, which would help those leagues grow in India.

admin - February 26, 2021
0
Zoo Media (the network that owns the digital agency FoxyMoron) has inked a strategic partnership with Noesis.Tech, a reputed technology products and...