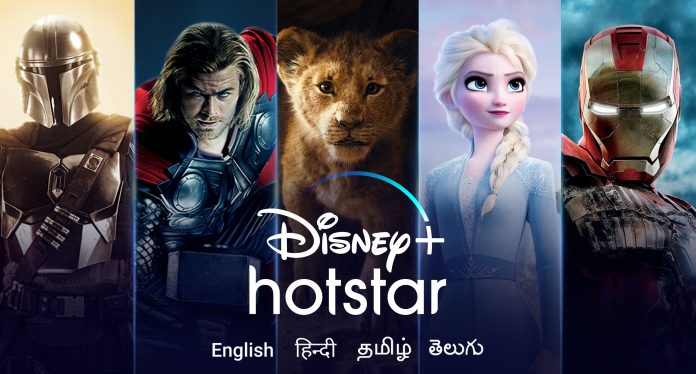 Star India’s video streaming service platform Disney Hotstar has successfully crossed 26 million paid subscriber base as of December 2, 2020. Now, the platform includes 30 per cent of Disney+’s 86.8 million subscriber base. Out of the 86.8 million Disney+ subscribers, almost 24 million are through Disney Plus Hotstar in India, stated by Disney International Operations and Direct-to-Consumer segment chairman Rebecca Campbell during her presentation at the company’s annual Investor Day event.

The service is now available only in India and Indonesia. Disney has plans to enlarge Disney+ Hotstar to more markets. With a speedily growing middle class population, India is definitely a hopeful market opportunity and they are exclusively positioned to succeed in the country due to their current presence with Star TV and Hotstar stated Campbell.

Disney Senior Executive Vice President and CFO Christine McCarthy stated that Disney+ Hotstar is probable to contribute around 30 to 40 per cent of its projected paid subscriber base of 230 to 260 million by the year 2024. It also expects to become more profitable in the same year. She further said that Disney+ Hotstar presently provide content in seven Indian languages and is planning to add around 17,000 hours of original local programming every year.

The company broadcasted that, as of December 2,2020 its portfolio of direct to the consumer services has surpassed a total of 137 million global paid subscriptions, including 11.5 million ESPN+ subscribers, 38.8 million Hulu subscribers, and a staggering 86.8 million Disney+ subscribers since its launch in November 2019.

The Walt Disney Company today also stated about the ambitious next steps in its global streaming development at its 2020 Investor Day, with new facts on the future of its direct-to-consumer services Disney+, Hulu and ESPN+, the first look at its forthcoming international general entertainment content brand, Star, and previews of an excellent slate of all-new content.