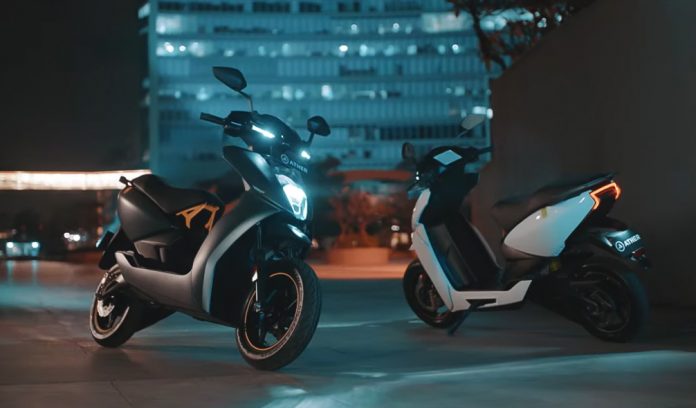 The electric two-wheeler start-up, Ather Energy, brings a huge Diwali bonus for all EV two-wheeler fans in India. The company unveiled an “assured” buyback scheme for its 450X e-scooter platform for the first of its kind in the domestic EV space on Tuesday. It promises a buyback for Rs 85,000 at the end of three years after purchase.

The Bengaluru-based firm also has a buyback plan for Rs 70,000 for the 450 +, one of its two versions on the market for sale. Last year, Hero MotoCorp, a big stake in Ather, launched a buyback system for its scooters.

The Bengaluru-based company has also revised the price of its Ather 450 Plus e-scooter by Rs9,000 to Rs 1,39,990 from Rs 1.49 lakh, not just the guaranteed buyback policy. The two scooters’ cumulative mileage is set at 30,000 km in addition to the scheme’s three-year length. This is the first time in India that an electric two-wheeler firm has begun a buyback scheme.

Launched earlier this year in January, Ather 450X was expected to be shipped earlier, but not only did the COVID-19 pandemic harm its market, but it also forced the company to delay its separate timelines.

The EV manufacturer has already announced that consumers in 10 cities  Bengaluru, Chennai, Hyderabad, Mumbai, Pune, Delhi, Ahmedabad, Kochi, Kolkata, and Coimbatore,  will have access to the scooter. Tarun Mehta, co-founder, and CEO, Ather Energy, said at a virtual press conference at the end of three years, Ather Energy will buy back Ather 450X e-scooter at Rs 85,000. As experienced by current owners of Ather 450, the high durability of the product would ensure that the scooters command a good valuation in the resale market, according to the manufacturer.

The company will open the payment completion window for customers who have already pre-booked the scooter and begin shipments by Diwali, which will come around mid-November this year.

Under the latest lease package, clients will take their e-scooter home with a minimum down payment of Rs 25,000 or a maximum of Rs 60,000. In contrast, monthly leases start at Rs 3,900, including regular operation and insurance. The business will be expanding the same for the Ather 450X to all cities after the lease model’s success in Bengaluru and Chennai.

Bengaluru buyers can swap their old two-wheeler petrol to lower the total cost of ownership of the Ather 450X. Others can apply for low-interest rate loans from many partners with whom Ather Energy has links.

Amazon India thanks associates with its digital campaign

TDS deduction on every cash withdrawal from PNB