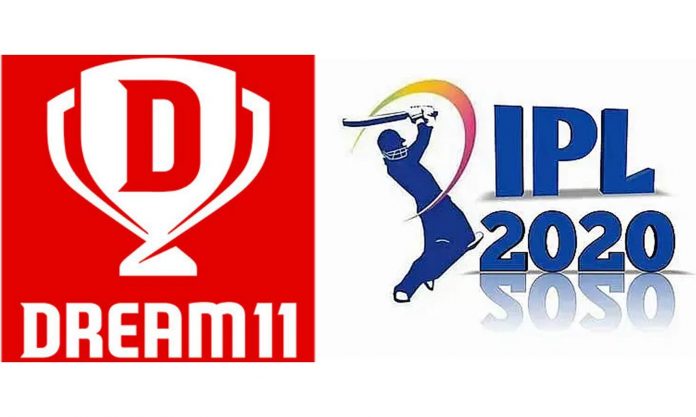 IPL Sponsoring Company, Dream11 was in news for its connection with China. However, the CEO of Dream11, Harsh Jain rubbishes its China-connection in a recent interview.

Harsh said that the new IPL title sponsoring Dream11 is fully Indian and is solely for the Indian users. It is a great achievement for the company to attach its name to India’s biggest and the most popular sport, IPL. The Rs 222 crore winning bid on the fantasy sports site has won it the spotlight but the selection has also annoyed some because it has Chinese investors.

India has about 100 million fantasy sports teams, 82 million of which use Dream11 according to industry figures. Jain said to play for money just a small percentage of them.

Due to the Galwan Valley dispute happened between India and China, the Chinese company, Vivo had to exit as title sponsor for IPL 2020. The reason was public anger over tensions at the Sino-India border. This sparked calls for a boycott of Chinese goods and companies.

The All India Traders Confederation (CAIT) had protested over making a minority stake in Dream11 in China’s largest gaming and social media firm Tencent Holdings. Tencent, along with other partners including Kalaari Capital and private equity company Multiples Alternate Asset Management, had led the $100 million funding round of Dream11 series D in September 2018.

“We don’t announce our table of capitalisation and tend not to think about it. We sent our papers to the BCCI (India Cricket Board of Control),’ Jain told ET. We sent this to BCCI because it was a prerequisite. Anyone else might guess. “The tournament is run by BCCI.

Experts in sports marketing see Dream11 with IPL of providing decent value. “The title sponsorship of the IPL gives Dream11 ownership of the IPL, as it shuts out the competition and (gives) legitimacy to their cricket association, “said Tuhin Mishra, MD, Baseline Ventures.” They are also industry leaders, and as the genre of fantasy games expands with leaps and bounds, it gives them a tremendous opportunity … IPL is also a great success story in India and so are Dream11, Byju’s or Unacademy. They’re all fantastic marks from India. Unacademy is expected to become an official affiliate of IPL 2020.

IPL 2020 will smash records and Dream11 will prosper, Jain said, as the first sports brands to become the title sponsors. Before this, DLF, Pepsi and Vivo had become title sponsors.