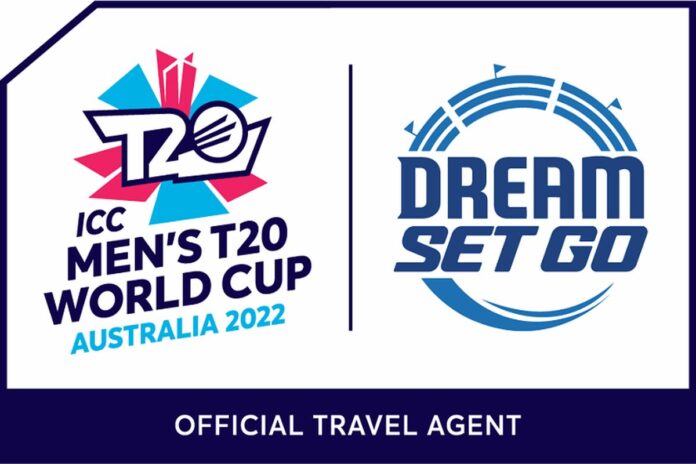 India’s first premium bespoke sports travel and experiences platform, DreamSetGo, has become the ICC Men’s T20 World Cup Australia 2022’s ‘Official Travel Agent’ and the ‘Official Tour Operator‘ of the Australian Open 2023 through a partnership with ‘AO Travel’ and ‘ICC Travel and Tours’. DreamSetGo partnered with sporting legends VVS Laxman and Harbhajan Singh to announce the launch of the official travel packages for India through an exclusive event hosted at St. Regis, Mumbai. The travel packages are now officially on www.dreamsetgo.co.

DreamSetGo’s  will provide sports fans in India with travel packages for the mega sporting tournaments with an opportunity to travel to Australia for the showpiece events with world-class travel and hospitality experiences. They include hotel accommodation, intercity transfers, guided tours, access to bespoke events, match-day programmes and other exclusive experiences aside from official match tickets. To curate memorable experiences, DreamSetGo has also signed incredible Indian and Australian cricketing legends. Among the most anticipated sports events of 2022 is The ICC Men’s T20 World Cup Australia 2022 and it will be held in Australia from October 16 to November 13, 2022. The Happy Slam or The Australian Open 2023  is a prestigious Grand Slam event which will next be held in January 2023. The best of the best in cricket and tennis participation will be seen from both the tournaments to globally to win the highly-acclaimed championship titles.

While speaking about the travel packages, Co-Founder and Chief Business Officer, DreamSetGo, Monish Shah said, “India’s appetite for cricket is a well-known fact, but the sports ecosystem is very encouraged with the growing interest for other sports, especially tennis. On the other hand Australia has a deep-rooted sporting culture. Adding to everything else the country has to offer for tourists, it makes the perfect sporting experience for Indian fans. The ICC Men’s T20 World Cup Australia 2022 and Australian Open 2023 are going to be unforgettable events and we are excited to create extraordinary experiences for sports fans.”

VVS Laxman, on his experience in Australia, shared that Australia is considered a global hub for sports and the passion the country has for different sports like cricket and tennis is unmatchable. Watching major events like ICC Men’s T20 World Cup and Australian Open live is undoubtedly the most unique experience a sports fan can ever get; and DreamSetGo promises their fans with some of the best and memorable experiences.

Harbhajan Singh commented on the partnership saying that a partnership such as the one DreamSetGo has with ICC and the Australian Open is extremely exciting for sports fans in India. Fans are as much a part of the team as the players and their presence during matches has an enormous impact on our performance.

Passionate in Marketing - May 18, 2022
0
The MoU will provide a framework of cooperation and facilitate collaboration in support of the 2030 Agenda for Sustainable Development and Paris...