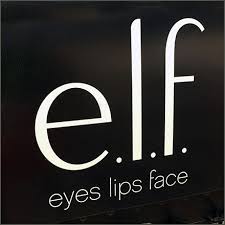 E.l.f. Cosmetics is an American cosmetics brand based in Oakland, California. Recently E.l.f. Cosmetics launched a branded Twitch channel on 9 May, to meet Gen Zers where they’re likely to spend their time, claiming it’s the first major beauty brand to do so on the livestreaming platform. To promote the idea of “Gameup” a cross between gaming and makeup E.l.f. will run a sweepstakes on social video app TikTok that asks people to post videos of how they put on makeup in preparation for livestreaming sessions.

The channel will premiere at 7:30 p.m. ET with a three-hour livestream hosted by gamer and special effects makeup artist Autumn Rhodes, whose guests will include gamers, beauty influencers and musicians. Amazon-owned Twitch has more than 140 million monthly users worldwide. Viewership remains elevated, growing 28% to about 3.2 million concurrent views last month, Twitchtracker estimates. The growth is even more significant considering it builds on the jump in viewership Twitch experienced in April 2020, the first full month of lockdowns in Western countries. While Twitch’s streamers historically consist of mostly male gamers, there are signs that female streamers are gaining an audience as content preferences shift to the fast-growing category of “just chatting.” The genre of live video diaries surpassed gaming-related content to become the most popular category on Twitch in 2020’s third quarter.

The change in preferences has helped more women to break into the top 200 ranking of streamers. With this E.l.f. has an opportunity to create content that appeals to female Gen Zers who comprise its target audience. To strengthen its position among Gen Z gamers, E.l.f. in November 2020 teamed with Lufu with plans to launch E.l.f. University, an initiative to support female gamers. The cosmetics brand’s Twitch channel launch will include an appearance by Kathleen Belsten, a popular Twitch streamer who goes by the name Loserfruit, or Lufu. The new Twitch channel, the series will reinforce the idea of “gameup” to appeal to women. It also follows E.l.f.’s several branded hashtag challenges on TikTok that went viral in past years and helped to raise brand awareness among Gen Zers. The channel launch also coincides with E.l.f.’s sponsorship of a live reality-competition series called TikTok Gamers Got Talent in a partnership with digital media company Enthusiast Gaming.

Author - January 24, 2022
0
Even though many proclamations and agreements declaring sustainable developments, the mainstream economists are still vying for "grow first and clean up later."