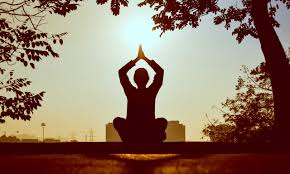 US e-Commerce giant eBay has restructured its Indian business to focus particularly on cross border e-commerce. Pavan Ponappa, Head of Shipping and Marketing of eBay mentioned that how the company re-established the business, its latest campaign mainly targeting Indian sellers and prove India cross border e-commerce which has the potential to grow faster than the global business.

He also mentioned that it has been traditionally very strong in the marketplace, globally e-commerce has been growing faster than domestic e-commerce, in the range of 25% year on year. Another important thing is the evolved logistic network and payment solution helped to focus shift to the cross border trade. According to Mr. Ponappa, a seller in India can now sell their products in markets in the USA, UK, Germany, France, Italy, Spain, and other countries where eBay is strong. So this is a huge opportunity for sellers as they have to primarily focus on managing the inventory effectively and pricing it right.

As for the Indian sellers, the USA is a big market, after the USA the next big three is the UK, Germany, and Australia. Another important thing is eBay has also been working closely with its sellers to expand into non-English speaking markets. Considering the products, traditional categories such as jewelry, fashion, clothing, home linen and bedding, furniture, natural remedies are categories that sellers have seen growth.

After the acquisition of a home-grown firm by Walmart and sold its minority stake in Flipkart, the e-commerce giant exited from India by May 2018. On May 9, 2018, the CEO of eBay, Devin Wenig tweeted that they will be back in the Indian market soon with eBay.in.They will start by bringing imported inventory into India and opening up the world’s markets to Indian merchants. eBay first launched in India in 2004 and was back in the country. It now operates in the cross border space. Recently, they launched a campaign”#LocalToGlobal” to showcase the cross border e-commerce opportunity to homegrown businesses to encourage them to start selling globally.

Everything you need to know about the iPhone 12