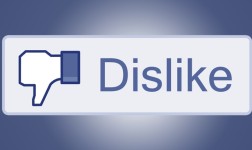 June 29, 2014: In a shocking revelation, a study conducted by researchers affiliated with Facebook, University of California and Cornell University has revealed that Facebook secretly manipulated news feed to study “emotional contagion”. The research study that appeared in the Proceedings of the National Academy of Sciences reports that Facebook manipulated the news feed of some 700,000 users for one week in 2012. Facebook tampered with the algorithm and placed posts in user news feeds to study “emotional contagion”.

The authors who did this study found that “Emotional states can be transferred to others via emotional contagion, leading people to experience the same emotions without their awareness.” They also found that “These results indicate that emotions expressed by others on Facebook influence our own emotions, constituting experimental evidence for massive-scale contagion via social networks.”

The research study was unique as it manipulated the data to see if there is a reaction which other studies have used metadata to study the trends. This study was reported for the first time on the online magazine Slate and The Atlantic and once it appeared on the magazine it has spread widely resulting in a major uproar on social media. Questions are being raised on whether it was ethical on the part of Facebook to manipulate the user posts by tampering with algorithms.

Passionate In Marketing - August 4, 2020
0
China is the market of fantasy for many. It is one of the most important unified economic spaces, its business is booming, and consumer...