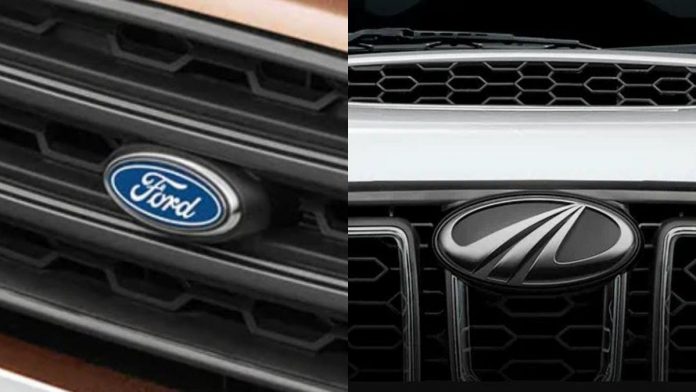 Three people with access to Ford’s India strategy told Reuters that the manufacturer of all the projects with Mahindra & Mahindra is put on hold as they are finalizing the new Indian strategy.

Ford chief executive Jim Farley stated that it is expected to decide in a month on whether the plan will be resumed in the current form or after making some changes. Either way, the path towards earning more profits is the aim.

The proposed joint venture’s primary focus was on developing a minimum of three SUVs for the domestic market and other developing markets. Suppliers, powertrains, and technology were also to be shared by the two manufacturers. The $ 275 million deal which was called off on December 31st would have ended all of Ford’s independent operations in India.

Ford has been restructuring globally for $11 billion by ending manufacture in Brazil and increasing the rollout of electric vehicles since Farley became CEO. The limited financial resources combined with the other projects under progress make India a lower priority.

Ford would be in a better position against rivals by launching new products faster at reduced costs and less investment if a tie-up Mahindra is established according to the statements by analysts and company officials.

Mahindra had the opportunity to become a global player by entering international markets. The concerns regarding ROI were the main factor that prevented them to walk off from the deal. In a statement issued Mahindra laid down a timeline till march end for the completion of the work.

One of the important projects was the mid-sized SUV which would be built by Mahindra using their powertrain and platform. The product was aimed to be launched in 2022 and the sale of 50000 units was estimated annually in India. Mahindra has already instructed suppliers to stop work on the same.

Ford’s decision for investment will rely on the period for recovering their investment.