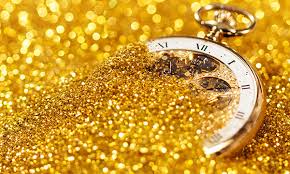 In the last week, Indian and Chinese soldiers had a brutal face-off in Galwan Valley. As a result, that left 20 Indian soldiers dead, and several others are badly injured. It was the deadliest fight between the two neighbors in more than four decades.

The circumstance has led to a dangerous disaster of Anti-China waves across India. The anger comes at a time when the government itself is confirming or demanding for ‘Made in India‘ products, with campaigns like ‘Vocal for Local’ and ‘Atmanirbhar Bharat.

According to the Ministry of Commerce and Industry information, China accounted for about nearly five percent of India’s exports or fares, and more than 14 percent of imports in 2019-20. Cell phones, electrical machines, auto hardware, completed steel items, etc, were some of the main exports from China to India.

At least half of the 30 Indian ‘unicorn’ new companies are reportedly financed by Chinese investors and financial experts. Flipkart, Ola, Swiggy, Paytm are some of them. Based on the reports distributed in The Quint and The91Apps, a Delhi Noida-based app engineer and software expert, who went ahead to launch a portable mobile application that helps to disclose the nation of origin from the product.

Based on the statistical survey of market research firm Counterpoint Research, four of the best five smartphone brands in India are Chinese. Xiaomi is at the top, followed by Vivo, Realme, and Oppo. Xiaomi, Realme, and another Chinese popular smartphone brand OnePlus is forcefully launching new models, which will be joined by significant publicizing efforts across mediums. However, the current atmosphere can play spoilsport. The Indian T20 cricket premier League IPL said in a tweet that it would support its sponsors; its title sponsor is Vivo.

News channel Republic TV was recently trapped in a fix when it facilitates an ‘anti-China‘ debate, but the sponsors of the show ended up to Vivo and Xiaomi.

Brand supporters by Bollywood celebrities, too, went under the scanner after the Confederation of All India Traders (CAIT) requested actors to stop endorsing all Chinese brands. CAIT additionally urged the government to make it compulsory for e-commerce portals to exhibit the ‘country of origin’ of products, while posting them on their websites.