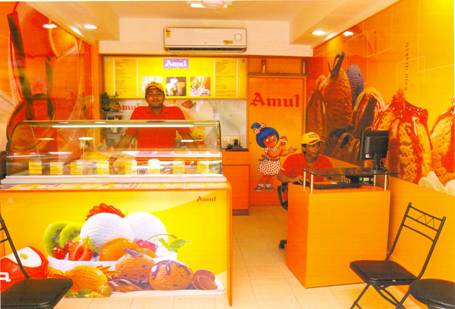 June 26, 2013: In what is seen as a major expansion drive Gujarat Cooperative Milk Marketing Federation (GCMMF) plans to take its iconic brand ‘Amul’ to nearly 700 small towns across India. Going with the mantra of Rapid Expansion for 2013-14, Vipul Chaudhary, Chairman, GCMMF said that the main focus of Amul would be to double its exports as well in this financial year.

Targeting smaller towns which has a population of 25,000-50,000 people, GCMMF would be looking for expansion pan India and thereby looking for a much bigger geographical reach. Presently, Amul which is present in nearly 3,500 towns started its expansion plans in 2012 itself wherein they increased their presence to 1,200 new markets. GCMMF which aims to increase procurement by 14 per cent in 2013-14 added, 65 new super stockists, 900 new sub stockists and 306 new distributors in 2012.

Looking forward to increase the processing capacity by 20 million litres in 2013-14, GCMMF has plans to invest Rs.3,000 crore over three to four years and aims for a turnover of Rs.17,000 crore in 2013-14. Amul which has been the largest selling brand in the country is exported now close to 40 countries which includes Russia a newer market.

Passionate In Marketing - August 6, 2020
0
With the efforts to draw attention to the versatility of the product and to reach out to its customers Hindustan Liquids has introduced...