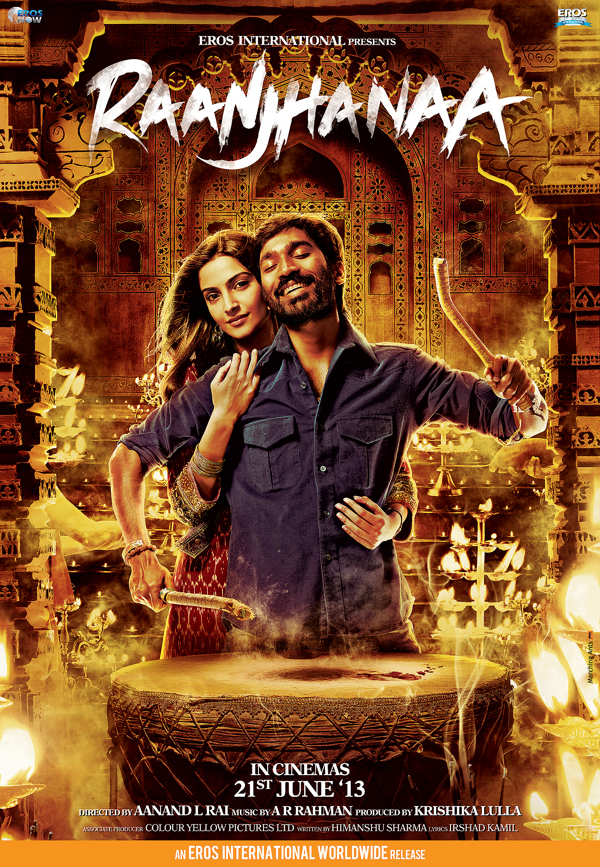 When ‘Kolaveri Di’ became a national rage, one man who stood tall and rose to fame was its singer Dhanush, the star of Kollywood. Dhanush is in news again and this time its for his debut film in Bollywood Raanjhanaa. The movie which has already grossed more than Rs.30 crores in the weekend after its release is becoming a talking point not only because of how beautifully the movie is made but also because of unconventional pairing of Dhanush and Sonam Kapoor.

Now if the success of this movie is news for you then listen to this. Hindustan Unilever is taking this lead pair a step ahead and is going to use this jodi for brand endorsement of ‘Lux’. Lux which has always used successful film actors of its time is keen on donning a metrosexual avatar and recently they have started using Shah Rukh Khan as its brand ambassador. Derived from the word Luxury, Lux has been there as a beauty sopa since 1925 and this move of theirs of using the lead pair of Raanjhanaa is surely going to make heads turn.

Speaking about bringing Dhanush and Sonam together for the Lux Ad, Sudhir Sitapati, GM-Skin Cleansing, Hindustan Unilever said “We always tried to be a little ahead of the game, and along with roping in established stars, we also try to rope in tomorrow’s stars. Sonam is a great style icon and Dhanush is an authentic romantic hero”. Adding to this he said, there is a unique chemistry between the unconventional pairs and HUL would like to capitalise on this.

Lux has been giving stiff competition to brands like Vivel and Santoor but the question that experts would be asking is if this pair which worked for a movie will work for a brand like Lux. Though the company has been changing its positioning over the years, it remains to be seen if the unlikely pair which created a buzz at the box office will rub its effect on the Lux brand as well. With this move, Hindustan Unilever is probably again going to change its positioning strategy from Lux being a luxury bath soap to Lux for metrosexuals to Lux for couples.

Ishan Saraf - May 13, 2021
0
Union Budget of 2021 brought a unique proposition to form a Bad bank to better manage the problem of non-performing assets in the financial service...