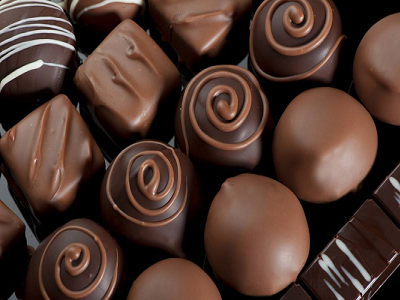 The startup founded by A Mahendran, the former Managing Director at Godrej Group, Global Consumer Products has come up with its first ever chocolate brand called Luvit chocolates. This will compete with the other existing brands including KitKat from Nestle and Cadbury from Mondelez.

Global Consumer Products is supported by Goldman Sachs and Mitsui Global. The startup is typing up sales and distribution for its launch. As of now, the investment companies have invested a sum of over Rs 300 crore in the firm. Apart from chocolates, the firm is also planning to enter into the confectionery and snacks market segment.

Regarding the launch of Luvit chocolates, Mahendran claimed that the rollout of the brand will happen in phases and that it will scale up to the other categories in the confectionary market segment. He added that chocolate is a growing category and that there is sufficient funding to build the distribution network and scale it up.

Lately, there have been many chocolate brands getting launched in the market after two years of slow sales. It was Nestle that came up with KitKat Senses, the premium chocolate of its wafer coated chocolate KitKat. Later, the leading chocolate maker in the world, Mars announced that it will be investing Rs 1,000 crore in setting up its first manufacturing unit inIndiain an attempt to strengthen its foothold in the country. Recently, Schmitten, the luxury chocolate brand was launched inIndia.

It has been claimed by an executive familiar with the plans that Luvit will be priced at between Rs 20 and Rs 30 per bar. The official added that the brand’s success is based on its salience and distribution capability.

Notably, the Indian market is small in terms of chocolate consumption when compared to the developed markets. However, the country is one of the markets that are rapidly growing in terms of chocolate consumption. The chocolate market in the country is estimated to value at Rs 6,800 crore and it is led by Mondelez that has a market share of 70 percent. Trailing behind are Nestle and Ferrero Group with market shares of 18 percent and 8 percent respectively.

More Marketing Buzzwords to be heard in 2012

Passionate In Marketing - August 22, 2012
0
We had earlier discussed about the new words that might become marketing buzzwords in 2012. The terms that were discussed earlier were SoLoMo, Plussification,...

A code of conduct for direct sellers in India!

Tata targets US market for Nano

Mercedes to launch hatchback A-Class in May

By 2024, airports to become intelligent spaces and airlines to become...