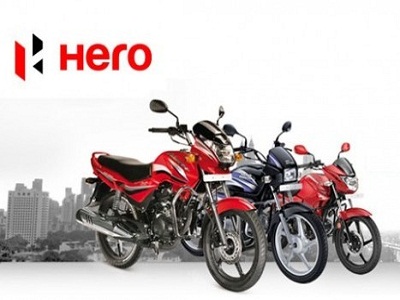 The largest two wheeler manufacturer across the globe in terms of volume, Hero MotoCorp has sold over 200,000 units of its offerings outside India in the last year. This figure is the highest one achieved by the firm so far in a year. The international sales figure of the firm shot up by around 50 percent from 135,184 units in 2013 to 201,245 units in 2014.

The overseas sales accounted for a small part of its overall sales volume in 2014 that is 6.65 million units and this is an eight percent increase from the previous year. It appears like Hero MotoCorp is aiming to expand its internal presence as it is targeting to reach 10 percent of the projected 12 million unit sales by the year 2020 outsideIndia. By then, the auto maker wants to enter into 50 markets globally.

Regarding this, Deepak Mokashi, Head of Global Business claimed thatSri Lankahas contributed the maximum volume when it comes to achieving growth. Also, in the other markets such as Latin America andBangladesh, there is a good sales network for the firm. He noted that in just three years after coming out from Honda Motor, the firm has expanded its presence in Africa, Asia, Central andSouth America.

Besides the home market, Hero MotoCorp will sell inBangladesh,NepalandSri LankainIndiaand other countries across the world as well. InColombiaandBangladesh, Hero MotoCorp is also building manufacturing plants and it will set up assembly units inUganda,TanzaniaandKenyain partnership with local distributors.

The executive further added that the fully owned subsidiary of Hero MotoCorp inColombiawill function as a hub for selling the products to Andean countries andCentral America. This facility is spread across 17 acres of land with an initial installed capacity of 78,000 units and he added that it will be increased to 150,000 units by 2017-18.

Passionate In Marketing - September 16, 2020
0
Urban Cruiser Toyota's latest compact urban cruiser is to be launched soon, and the company is rewarding the purchasers who...