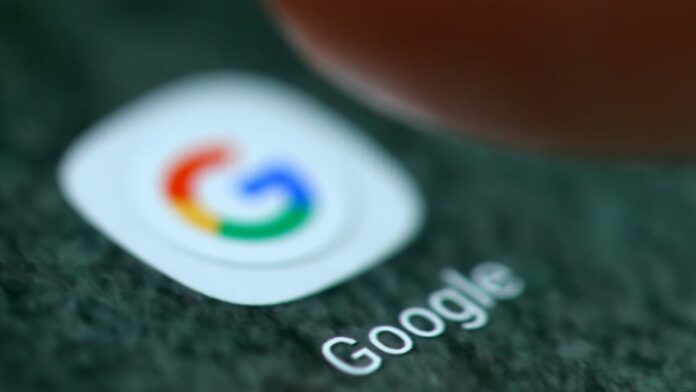 When a person Speaks about Google Checking account the first question which comes into a person’s mind is, “Is Google going to open a branch”?
The answer is no, Google is not going to open a branch. They ‘re pursuing a technique that has been using for years now. They are essentially building a network of financial entities based around a specific product: a checking account. This will encourage the network of community banks and credit unions to re-establish themselves as a place for banking goods and services and to win the battle against large financial institutions. This new change by Google allows them to impact customer interface and technologies that empower the company, without carrying the complete responsibility of chartering and operating the bank effectively.

Google has market supremacy in a variety of regions. Finance is not one of them and no legislation or policy prohibits Community financial organizations from following the very same ‘data is our product’ strategy and from collecting the very same assets that Google is currently looking for.

What is it going to offer?

Opening a simplified website: Google should deliver a quick and easy digital account opening (DAO) mechanism that challenges what competitor banks give. It would be important to see if the banks have variations in risk appetite with Google.

Real-time, personalized deals to the retailer: card-linked deals have lost their edge in the past few years. Through incorporating deals into Google Pay and eventually through Chrome and even business apps through partnerships, Google might dramatically transform the user experience.
Financial benefits for users: Google would include an eye-catching collection of analyzes on budgeting, investment forecasting, cash flow, etc. Google and BBVA have also partnered on the AI-powered algorithm to forecast customer prices and earnings that could occur in the Google app.
Creative offering: It is where creativity should have taken place. For years, banks have been attempting to incorporate items like shopping, personal financial control, etc. into their websites and smartphone applications. Google’s checking account could incorporate banking functionality with browser-based apps, shopping, digital payment functionality, and everything else.

Cornerstone ‘s analysis provides insights on who may be involved in a “Google-driven” checking account: Google Pay customers. For the 11 percent who will have Google search their primary account, three quarters use Google Pay at least once a month, and almost half do it per week. In comparison, in the future, only 16% of users will imagine creating a Google Account.

(1) Google pay users: Consumers who are not currently using Google Pay are unlikely to be considered for a Google checking account. Yet in Cornerstone ‘s report, just 7 percent of respondents are regular users of Google Pay.
2) Prominent, well-educated people: Of the 11 percent who will have Google checking account as their primary account, three-quarters are males, 52 percent have a Master’s degree or higher, and 53 percent receive more than $100,000 annually.
3) It’s older than you thought: Gen Zers is not searching for a trendy new branch. Approximately one in six Millennials and 13 percent of Gen Xers said they would make a Google checking account as their primary account.
(4) Consumers of Megabank: Two-thirds of customers who will have their main account in one of the three megabanks (Bank of America, JPMorgan Sachs, and Wells Fargo) their main bank will open an account with Google Checking Account.

There are two issues with customer data:
1) people don’t necessarily follow as they think they’re going to do in a poll, and
2) customers are not good at planning about the future.
As a result, it is doubtful that 27 percent of users would create a Google account within three or even six months of the launch date. On the other hand, if customers do not have anything concrete to react to, customers who may be drawn to the features may not be counted.

Offering a Google Checking Account makes sense for major national and mid-size financial entities that are playing digital catch-up with big banks. We will make the best of the creativity that is next to Google will bring. For a fact, the Google collaboration would help them reduce their procurement costs.

Interestingly, Google has the power to transform a whole lot of banking companies into service providers.

The Google / Bank checking account seems to be more like a collaboration than a business relationship, but the latter is precisely where Google is heading: it needs to be a software provider.

In addition to providing a check wallet, Google is creating a debit card, giving banks an AI-driven loan management platform, and is gaining momentum in its cloud service. Google is sticking to institutional frustration with current banking software vendors. It feels it will be it to earn a lot of money to do so.

The business has a possible edge over the existing vendors. While vendors frequently claim credit for profit gains achieved by their customers, the influence of software vendors is largely based on the expense and efficiency side of the market.

Google is distinct from this. It can support the procurement and sales side better than any conventional software provider would do.

Passionate in Marketing - January 13, 2022
0
Available now on Android and iOS, the update also adds the Rimac Nevera hypercar in partnership with Bugatti Rimac, a new weapon,...