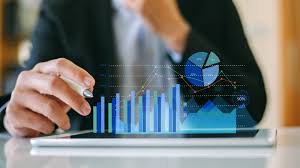 Google Sites received 475,735 Total Unique Visitors/Viewers and a reach of 98.0 percent, according to Comscore’s most recent rankings of the Top 10 Multi-Platform India Properties (Desktop and Mobile) for May 2022.

India is ranked 59th out of 110 nations in the third annual edition of the Digital Quality of Life Index (DQL). The DQL survey, which examines 90 percent of the world’s population, is carried out by the cybersecurity firm Surf shark and ranks nations according to a set of five essential pillars of digital wellness. India came in at number 33 for e-government, number 36 for e-security, number 47 for internet affordability, number 67 for internet quality, and number 91 for e-infrastructure.

India has overall shown a modest decline from DQL 2020, moving from 59th to 61st. Currently, the nation is ranked first in Southern Asia and seventeenth overall in Asia. According to the report, India’s e-security has improved by 76% since last year and is now ranked higher than China’s.

“In four areas of digital well-being, the nation performs better than Bangladesh, but it falls short in the area of e-infrastructure, which continues to be India’s lowest ranking area and performs 30% lower than the world average. Additionally, India’s mobile speed is among the worst in the world (12.33 Mbps), and the nation ranks just 95th in terms of the number of internet users “claimed the report.

“Digital potential has shown to be more significant than ever during the COVID-19 crisis, highlighting the significance for every country to achieve fully remote operational capacities for their economy,” said Vytautas Kariuki, CEO of Surf shark. What India shopped this Monsoon- customer trends observed by Flipkart