Finance Minister Nirmala Sitharaman On Friday 24th July 2020 said the Government’s Endeavour has been to further simplify the direct tax laws and has brought in a major reform by giving an option to the taxpayers of the country to opt for a new simpler Tax Regime. In her message on the 160th Income Tax Day, the finance minister also praised the income tax department for being responsive to the needs of the taxpayers during this covid-19 pandemic time by relaxing various compliance requirements and addressing their liquidity concerns.

The Income Tax Department has made its continuous efforts towards making the Tax administration taxpayer-friendly, Transparent and geared towards facilitating Voluntary compliance. The finance minister also told that there has been a paradigm shift in the role of the IT department in the recent years from being just a revenue collecting organization to becoming a more citizen centric establishment.

The Government initiative have been to simplify the Direct Tax laws, in line with the same, the government has introduced a new simpler tax regime for the taxpayers who now have the option of moving from the old tax regime to the new one or remain in the older tax regime. The Finance Minister also said the Government has reduced the corporate tax rates by phasing out exemptions, while encouraging the businesses to start over the manufacturing which is in tandem with the clarion call of Aatmanirbhar Bharat given by the Prime Minister Narendra Modi.

The Launch of Aatma nirbhar Bharat App is a Golden Opportunity for the Indian Technology developers, Entrepreneurs, and the Companies to build for India at a scale that is unparalleled anywhere in the world. The Minister also Continued that the Department has effectively deployed technological tools to facilitate honest tax payers, and also plug revenue leakage. The Minister also appraised the Income tax Department for keeping pace with the fast-changing economic landscape and adapting to the connected challenge of ensuring that tax revenues grow proportional to the pace of economic growth.

The Finance Minister also added that she is not only Hopeful that the IT Department will continue to play a critical role within the growth and prosperity of the State, but will also aim to keep improving the new standards of professionalism.” The minister of state of Finance and Corporate Affairs Anurag Thakur also appreciated the efforts of the department in providing a efficient, taxpayer services. 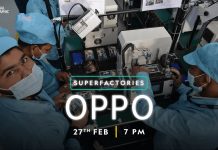 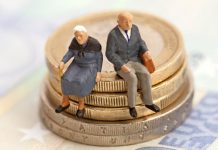 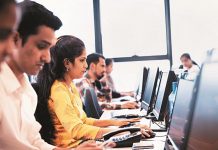