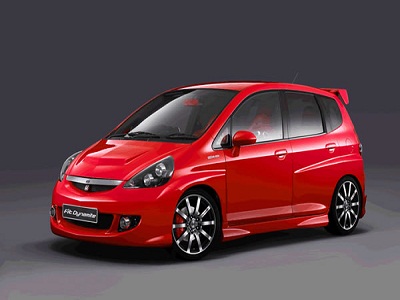 Honda Cars India is all set to launch the highly anticipated third generation premium hatchback model Jazz in the country on July 8, claim people well-known with the matter. The car manufacturer has already started modifying its production schedule to accommodate the upcoming model. Since December last year, there were reports suggesting that the car manufacturer will be launching the Jazz in the country in July.

The Honda Jazz will take over the best selling vehicle Hyundai i20 that achieved a sales volume of 10,000 units per month. The vehicle has a long waiting period as well. The Jazz will be launched in both petrol and diesel engine variants and it will arrive with a similar 1.5 litre i-DTEC and 1 litre i-VTEC engines that are fitted in the compact sedan Honda Amaze.

An unidentified source from the car manufacturer claimed that the stockyard in Greater Noida with a capacity of 5,500 units is packed with the Amaze and Mobilio offerings. The reason for this is that there has been a drop in the demand of these two Honda models lately. Some of the cars have been moved to the Tapukara plant. The sources claim that a minimum of 7,000 to 8,000 units of Mobilio and Amaze are lying at these plants.

The Senior Vice President for Sales and Marketing at Honda Cars India, Jnaneswar Sen claimed that this is an exercise to generate production capacity for the forthcoming Honda Jazz hatchback model and to compensate the summer production shutdown that is due this month.

The Jazz is already sold in the global markets as Honda Fit and it is re-badged inIndiaas Honda Jazz. The vehicle was a massive hit inJapanand it managed to sell around 20 lakh units till December 2014.

The Jazz features a design philosophy as the new Civic and the manufacturer is in hopes to attract the potential young consumers towards its hatchback model that will arrive in July. Though there will some slight feature differences in theIndiaspecific Jazz from the European models, its build quality will be on par with the international standards of Honda.