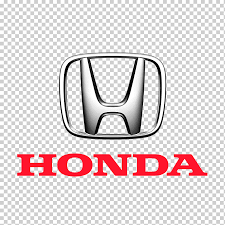 Honda Motorcycle and Scooter India (HMSI) launched many new products last year, despite the pandemic it has gained many consumers. The company is looking forward to gain new peak with help of NX200. The Honda NX200 is predicted to be a Hero Xpulse 200 rival. For now, details of Honda NX200 are still to be revealed fully.

The construction of this motor is simple – 2-valve, air-cooled and with fuel injection. It will be relatively inexpensive to maintain. HMSI might not invest in a lone 200cc engine for this bike and instead use the Hornet 2.0’s unit. The Honda Hornet 2.0 uses a 17.2hp/16.1Nm, 184cc engine. The Honda NX200 will most probably have a design similar to that of the Xpulse, with a fully-digital instrument console. The frame is likely to be similar to that of the Hornet but slightly beefed up to handle off-roading. Honda NX200 motorcycle will also have spoke wheels, which the HMSI range in India currently doesn’t have except from the pricier Africa Twin. As we all know that most HMSI bikes are having LED headlights and tail lamps, expect this one to have the same features too. A hazard light could also be included. Globally, Honda also has the CB190X motorcycle on offer and even design cues may be borrowed from the same. Furthermore, “Honda NX200” might include the traditional ADV beak, a tall visor for protection against the wind during long rides, an engine bash plate, knuckle guards and provisions for saddle stays. It may also feature revised footpegs for an upright riding position. However, it is more likely to come with 17-inch wheels to keep costs down.

It is predicted that Honda NX200 may launch in the later part of this year, perhaps in the festive season. HMSI might also retail this product through BigWing dealerships, though the company policy was to ensure models in the 300cc and above are placed at its premium showrooms. Honda could price the bike at Rs 1.35 lakh, but the actual price and features are still not disclosed, but as per the sources, it may launch soon. This might be a new opportunity for Honda to break the records.