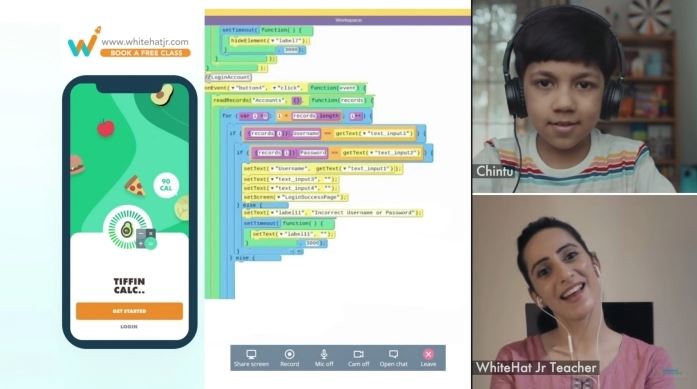 Coding is essentially the computer linguistic which helps to develop apps, websites, and software programs. Without it, we had none of the foremost popular technology we have come to depend on like Facebook, our smartphones, the browser we elect to look at our favorite blogs, or maybe the blogs themselves. It all runs on code. The word EdTech is a recipe for “education” and “technology” which refers to hardware and software designed to boost teacher-led learning in classrooms and improve students’ education outcomes.

EdTech continues to be within the early stages of its development, but it shows promise as a way of customizing a curriculum for a student’s ability level by introducing and reinforcing new content at a pace the coed can handle. There are some thousand EdTech startups in India today that provide supplementary school education, instruction, technical skilling, and test preparation for jobs. The last several months of the COVID-induced lockdowns have caused a surge within the sub-segment of online coding lessons for youths.

In the campaign ‘coding for kids’ there are so many emerging players like Tinker Coders, EdTech startups like BYJU’s, Toppr, and Vedantu, etc. BYJU’s went ahead and purchased ‘coding for kids’ startup WhiteHat Jr. Vedantu launched Super Coders, and Toppr launched Toppr Codr. These all are some of the many examples.

Apart from the growing interest from the EdTech startups, the government of India is additionally pitching in. The Indian government has also initiated National Education Policy in 2020, which advocates teaching coding to kids. The policy states that ‘students of class 6 and onwards are taught coding in schools. Microsoft co-founder William Henry Gates once wrote in an exceedingly blog post that everybody may benefit from learning the fundamentals of applied science. per Gates, coding, which he taught himself and fell smitten with at the age of 13, led him to ask questions about a way to achieve tasks and find answers to questions.

On the other hand, the primary contention against learning coding at a very young age is that kids are being pushed into it even before they have become skilled at the mathematical and technical basics. A metaphor that is often used is that children are being made to ride a bicycle before they have even learnt to walk. But the future of EdTech is in safe hands. They are looking farther into the future where entire courses could potentially be managed by software. The current state of the field uses analytics to judge a student’s competency in different areas of the curriculum, allowing the student to move ahead more quickly in some areas while taking more time to reinforce areas of weakness.