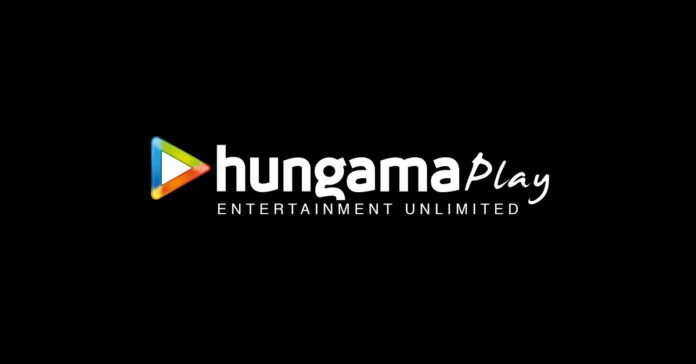 The video streaming service Hungama Play is planning to release 15 originals over five languages in 2022. The service owned by Hungama Digital is making the most out of the viewership it got in 2021 for its 11 shows.

The titles that are set to roll out include the third season of the psychological drama Damaged, a comedy show Shubh Mangal Mein Dangal, crime thriller Chhalaava, horror-comedy En Enthire Rendu Papa, an anthology Hasratein, romantic drama Dhappa, among others.

Siddharta Roy, the chief operating officer at Hungama Digital Media told that the company is focused on mobile phone content consumers. And that is the reason why the usual template is about five episodes with each having 15-20 mins. The company will also continue to build on genres like drama, crime, comedy and thriller.

The year 2022 will see the company’s strongest output so far. It is also looking into other language content aside from Hindi, like Marathi, Tamil, Telugu, and Bhojpuri. According to data, 60-65% of the audience are male and belong to Hindi speaking states like Uttar Pradesh, Maharashtra, Bihar and Chattisgarh. There is an audience group who are coming from the south because of the Telugu originals.

Last year, several shows that were released got around 50-100 million viewers. Roy said that the consumers can tend to drop out when shows are longer, for like 15 episodes. From their target group feedback, the company experimented on staying away from romance and put more focus on the production values, storylines and star cast.

A partnership was announced last month, with the telecom service provider VI. They launched a music offer for the VI app. This was a significant distribution playout. Roy found out that the low film releases in Hindi have not impacted the music industry largely.

He added that at the time of release, there are peak listenership. However, the South Indian film industries continued to push out movies during the time of the pandemic. The direct-to-digital offerings have music. There is a whole non-film genre that is in the making.

Distribution partnerships strategies to drive consumer habits in middle India. This way, the product can tailor to the listener’s preferences with customization and recommendations

Author - May 17, 2022
0
Datamatics is a global Digital Solutions, Technology and BPM company. It is a technology company that builds intelligent solutions enabling data-driven businesses...

In April, retail employment increased by 47%.