The situation we are facing now globally has never been faced by any of our previous generations. Despite a few, most people have been confined to their homes for the past few months and there is only so much internet provides, in the end being connected with family, friends, and neighbours who we usually just meet on our way to work is more relaxing.

It was quoted by Ayush Gupta, business head of KRBL that; “India Gate has been a part of Indian household for many years”. He said that their baseline ‘India ki Puraani Aadat’ say the previous statement beautifully.

The ad was put beautifully by Lowe Lintas, Delhi showing the positive side of this unprecedented crisis. The ad shows the old habits of Indians like playing cricket as a family, watching a series alongside the whole family, and working on one’s creative side. It shows that the happiness of little things in life also matters.

It was quoted by Janmenjoy Mohanty the regional creative officer, Lowe Lintas, “India Gate brand has always stood for all that is good about India and her people. As families are spending time indoors during the lockdown, they are rediscovering things they once used to do together. The India Gate brand celebrates these ‘purani aadats’, habits that unite us Indians.”

Sindhu Sharma, executive creative director, Lowe Lintas added that “The ad film pays homage to all our old habits that are now helping us get through these difficult times. The idea of the film evolved from there. When writers, directors, actors are stuck at home they have to get creative like this and the execution of the film evolved from there. And honestly, figuring out the former was way easier than the latter. But in the end, nothing that a determined team and a fabulous network of friends and colleagues, armed with smartphones, cannot achieve.” 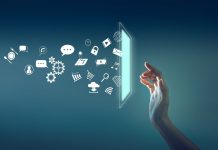 Trends to watch out for: Digital Market and Covid-19