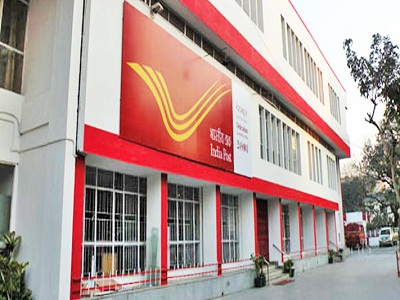 India Post is catering to the needs of the online shoppers located in tier 2 and tier 3 towns by offering their services to them. There are many buyers there who account for the surge in online commerce in these towns. Only a few services operate there and the India Post primarily handles the last mile delivery there. The revenues have raced in the last year. As per the statistics of the Department of Posts, following a 2 percent drop in 2013-2014 fiscal, the revenues contributed by the parcels have increased by 37 percent in the 2014-2015 fiscal. The growth till October last year is 117 percent. The Speed Post revenue has also grown by 16 percent due to the cash on delivery collection that has reached Rs 1,000 crore already. This figure is likely to surpass Rs 1,500 crore by the end of this fiscal year.

Mostly, this boom is powdered by the partnership between the e-commerce agencies such as Amazon, Snapdeal and Flipkart with India Post that delivers cash on delivery and prepaid orders in the small towns. Ashish Chitravanshi, the VP of Operations at Snapdeal stated that more than 70 percent of the orders on the portal are from smaller towns and cities. With the India Post partnership, they are able to cater to these customers.

There is an increase in the number of orders, cash on delivery parcels, etc. being ordered by these customers as they prefer buying through online. Also, they feel that they can get to purchase new stuff online. However, this system has its own glitches such as return of parcels, and return of cash on delivery parcels. The reasons for this could be an increase in price than that displayed on TV or a wrongly placed order while enquiry. Despite these glitches, these customers are happy to shop through the internet.

Passionate In Marketing - August 25, 2012
1
E-Commerce is spreading at a thick pace and it seems it is slowly starting to get into our daily shopping needs too. There are...

Digital media spending on the rise

Meet the Pioneer in MPO in India – CMO Axis

Hyundai to launch four new models in Indian market by 2015

Xiaomi Redmi Note Sale to Commence on December 2 via Flipkart