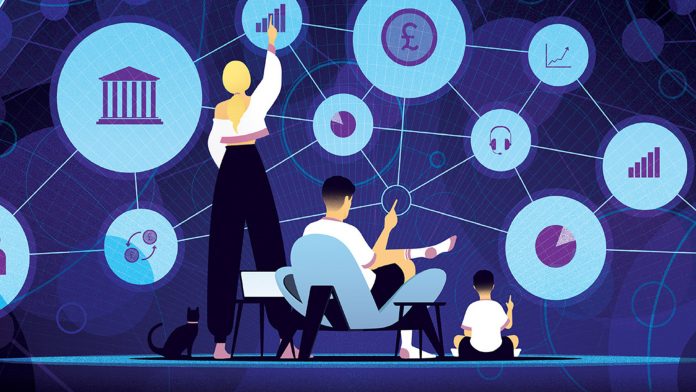 In the last few years, banking as an industry has seen huge shifts towards digitalization. In the post-second wave of Covid-19 India’s Banks will be facing some serious troubles as fear of being replaced by digital banking as such concept is rapidly spreading,  as many of the customer’s transactions and interaction with a bank can be done with just one click, as they can now open their account, easily deposit and withdraw from one account to another via digital banks with improved use of technology and advancements.

Noticing all this, India offers a huge potential addressable market, India leads the digital banking opportunity as has a population of over 1.3 billion to serve among its South Asian Nations with the potential of generating revenue 6 to 10 times of than any other country’s market, due to its large market, ready and fast digital payment infrastructure, with encouraging demographics,  encouraging technology foundation BCG  said in its report.

India generally offers a great potential for Digital Challengers Bank(DCBs) but currency depreciation which supports a large number of Indian exporters, other developing economies, and local rules and regulations are major concerns for foreign investors to operate in India.

Indian regulators place prior emphasis on financial inclusion and priority sectors, hectic licenses obtaining procedures, which can limit potential model and opportunity, flagging the policies as among the “strategic obstacles” faced by foreign entities before planning to Invest.

However, the report said that not all the licences carry the restrictions and one can start operating as an NBFC and once NBFCs are formed later on collaborating with the traditional banks gives one significant flexibility and comes as the best remedy.

The report also stated that some companies perceive India as a “diverse and geographically dispersed market” which leads to concerns over significant capital and operational investments to build a meaningful business.

But huge cost and the inability of the Indian market to absorb the developed markets, cost structures are among the other barriers, one way to overcome with all is successful foreign companies can develop the majority of the technology stack locally while easing the global experience for the design principles, customer expectation, and security layers.

In India, the so-called DCBs are coming not only from foreign companies like fintech startups but also Bank led captive entities like Kotak Mahindra Bank 811 or DBS bank as digibank. Among the competitors, there are some new startup companies like Niyo, open FI, and Jupiter which have only limited purpose licenses and partnering with a bank.

The presence of large homegrown players like Paytm which currently working and has a payment bank license and  Razorpay means that there is tough competition for foreign co.’s to come and establish their business, as they have a large and strong customer base a limited purpose license and also distribute the product of other institutions.

Digital banking expectation will be a game-changer for enhancing customer satisfaction post-Covid-19, banks need to take a holistic view and invest across all pillars of digital banking to retain the existing customer and acquire new ones.

To achieve this they all will need to build a robust, scalable technology platform focusing on each and every aspect of it.

Author - October 23, 2021
0
The majority of India's households are run by women who weave the entire family into one entity. If she is a housewife,...