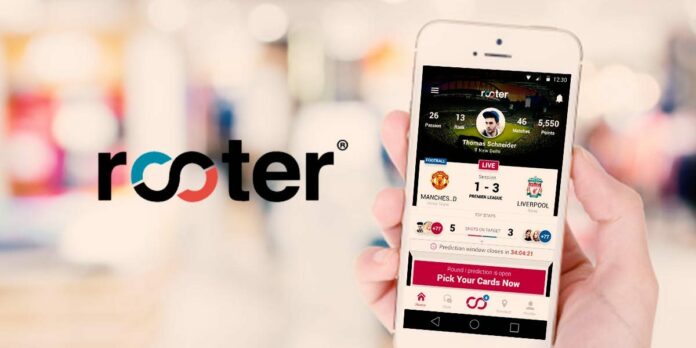 In a ‘Series A Funding’ round, the game streaming and e-sports platform Rooter announced that it raised $25 million (INR 185 crore). It was driven by Lightbox, Duane Park Ventures and March Gaming.

Along with the existing investors like IeAD Sports & Health Tech Partners others like ADvantage, Goal Ventures and Capital-A also participated in the round.

Rooter was founded by Piyush Kumar and Dipesh Agarwal and emerged as the biggest player in the Indian gaming category.

It has been the No.1 app in the ‘Sports’ category on Google Playstore since October 2020, with 8.5 million monthly active users and over 30 million downloads. Through its streamers and e-sports tournaments, they broadly cover chart-topping games like Free Fire, BGMI, Call of Duty and Valorant and others.

The company aims to emerge as the chief player in the Indian creator economy. Through its gaming and e-sports platform, it is planning to build a base of the next 500,000 professional game streamers.

India is set to be the home to 700 million gamers by 2025, according to a report by RedSeer and Lumikai.

Piyush, the Founder, and CEO of Rooter told that the company is growing at a blistering pace over the 18 months in pair with the growth of the mobile gaming market in India. This new mixture of funds by such marquee domestic and international investors validates their work.

Partner at Lightbox, Sid Talwa said that gaming to be the future of social media for the next generation. Among GenZ and Millennials, 92% play games. Unlike any traditional social media user, these gamers are far more engaged, invested and eager to provide to gaming platforms.

Gregory Milken, the Managing Partner at March Gaming, said that Rooter’s distinguished streaming platform and unique value proposition to users were the keys that put it on the leadoff of the gaming industry in India. The massive explosion of streaming services and digital content in India was the availability of cheap, fast, and reliable mobile data.

He added that Rooter has best-positioned itself to occupy this expanding market as the great platform of choice for game streaming.

Passionate in Marketing - May 13, 2022
0
All positions will be based around Mphasis’s ‘hybrid first’ working model where employees define their working location according to business objectives and client...