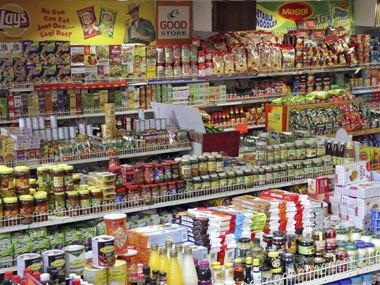 August 12, 2013: Though a lot has been said about the Indian growth story and how the tide is not turning in favour of India in recent times especially because of slowdown, the recent financial statements filed by retail organisations with corporate affairs ministry for 2012-13 have altogether a different story to tell.

The statistics say that big retail chains such as Reliance Fresh, Easyday, Star Bazzar and More have posted double digit sales growth. Where in the last two years most of the players were shutting shop, these players have been able to increase sales by focusing on efficient supply chain management and closing down non performing stores. Put together the food and grocery players were able to bring down their losses from Rs.1, 277 crore to Rs. 1,176 crores.

Mr. Pranab Barua, Business Director, Apparel and Retail Business, Aditya Birla Group said about this development that “Our focus has been on profitable growth, which has resulted in reducing the operating losses by more than 30 per cent.” What has been working for Aditya Birla More is Performance Management at all touch points of business and this has resulted in improving their bottom line and revenue growth.

Kumar Rajagopalan, Chief Executive, RAI was quoted as saying “These retailers have reached their maturity with many stores opened during initial expansion; (they) are now six-seven years old. At the same time, there has been more focus on profitability and employee management per square foot apart from better inventory planning unlike the carnage we saw last year when retailers had to sell stocks at a huge discount.”

Though this scenario looks better than what it was couple of years back but the expert’s feels that that the Indian Retail market has still a long way to go. How the Indian players are going to perform in the years to come is what everybody will be looking into especially when government has allowed FDI in retailing and since the Indian market is still plagued by problems like lack of infrastructure, lack of skilled manpower and lack of efficient supply chain.

Passionate In Marketing - March 3, 2016
0
Today, Maruti Suzuki India, the country’s largest car manufacturer announced that its compact car model Alto has created a record in the sales in...