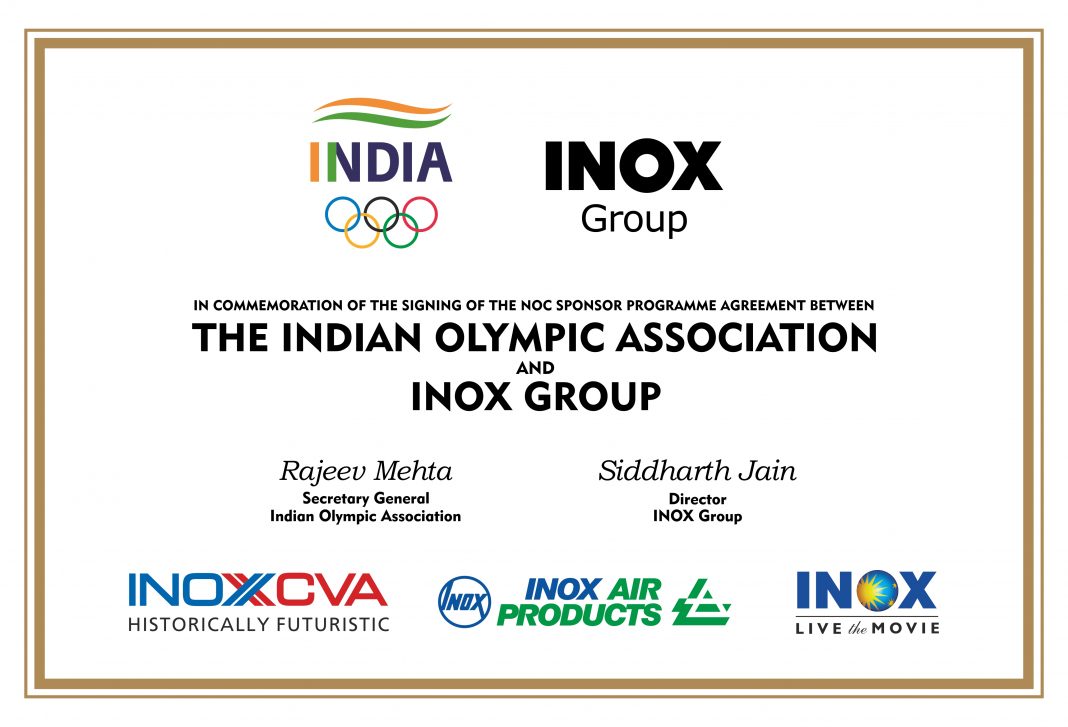 The 2020 Summer Olympics fell victim to the COVID19 pandemic. Rather than cancelling the games entirely, authorities have delayed them until 2021. The annual athletic festival will be postponed by a year, but plenty is going on behind the scenes right now.

The International Olympics Committee revealed in a release that it has identified the locations and the training timetable for the 2021 games. That covers all 43 venues for the games, the Central Press Centre, the Transmission Center, and the famous Olympic Village. This will take place from July 23 to August 8, 2021.

Indian Olympic Association (IOA) announced that The INOX Group will be the official sponsor of the Indian Olympic team for The rescheduled Tokyo Olympics.

The Partnership Agreement will also support Indian Team’s promotion through their entertainment company, INOX Leisure, allowing a broader audience to witness and recognize the essence of ‘Ek India Team India’ through their distinct multiplexes around the country. This will help in cultivating a fan base that embraces and celebrates the Indian athletes as they join the Olympic Games world arena.

INOX Leisure Ltd. (INOX) is the largest multiplex chain in India, with 146 multiplexes and 612 screens in 68 locations. INOX has redefined India ‘s film experiences by making it a true 7-star experience. Each INOX property has its own distinctive architecture and aesthetics.

OA secretary-general, Rajeev Mehta said, “We are delighted to announce this partnership with INOX Group that will benefit all of our athletes and the organization. I would like to thank INOX Group and Mr Jain for expressing their love for Team India, even under the current circumstances.”

Siddharth Jain, the director of the INOX Group, said, “INOX Group has always given precedence to all-round growth in India. We are honoured and privileged to have this prestigious affiliation with the Indian Olympic Association to help India’s Olympic dream. We look forward to unprecedented heights being reached by the Indian team in the next Olympics”.