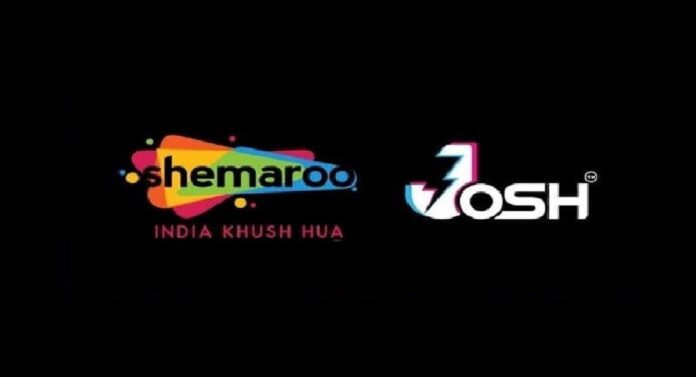 ShemarooMe, Shemaroo Entertainment’s over-the-top (OTT) video streaming service, has changed the way Gujaratis are entertained by providing the best material in the shape of movies, web series, and nataks.

ShemarooMe collaborated with India’s fastest growing and most engaged short-video app, Josh, to launch some unique campaigns such as the ‘Wanki Wadu Challenge’ and ‘Dhuandhaar Dialogue Challenge’ on the Josh app in order to leverage its content to a wider audience for the recently released world digital premieres.

The #WankiWadu challenge and #DhuandhaarDialogues contest, which took advantage of the popularity of the short-video platform, were accessible to over 139 million people on Josh and saw huge success, with over 10 million video views and 900K+ likes on the short-video app.

The initiative was a huge success, with content creators from all around the country taking part, actively engaging with regional material and submitting fascinating films.

ShemarooMe has kept its promise of releasing new material every week, and has a multitude of new content lined up with an engaging mix of originals, nataks, web series, blockbuster movies, 500+ Gujarati titles, and popular shows, providing a daily dose of pleasure to the entire family.

Swagatam, Jok Samrat, Chashni, Unknown to Known, Poori Paani, Kshadyantra, and Vaat Vaat Ma are just a few of the best movies and web series that have aired exclusively on ShemarooMe.

“Our focus has always been to grow Josh as the partner of choice for brands, creators, and users while giving them the option to revel in rich and entertaining content,” Sunder Venketraman, Josh’s Head-Creator and Content Ecosystem, stated.

We’re thrilled to have engaged with Shemaroo and worked toward our common goal of altering the content environment in India while addressing our users’ and artists’ local language content needs.

We are ecstatic with the remarkable success of the ads on our app and look forward to working with you again in the future.

Following the huge success of this collaboration, ShemarooMe and Josh will collaborate again on their next big campaign, Mobile Fillambaaz, which will give mobile filmmakers from all over the country the chance to submit their films and videos for a chance to win a cash prize of Rs. 1,00,000/- as well as the title of “Mobile FillamBaaz.”

ShemarooMe hopes to have more collaborations like this in the future in order to create intriguing campaigns that will engage users in its next releases.