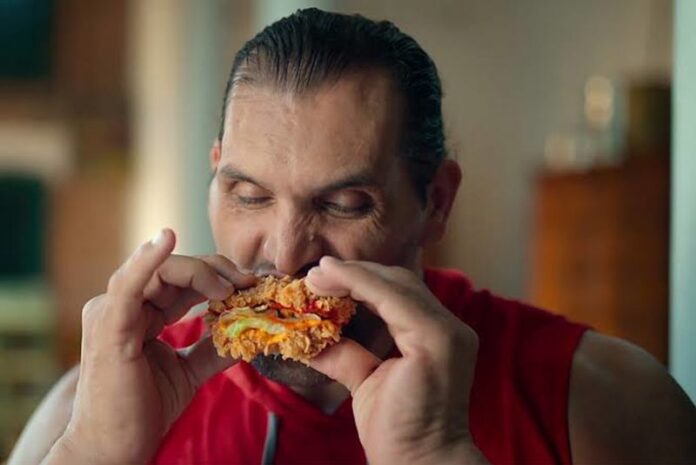 The newest K(FC)-Drama is currently out, and it features every essential component of a blockbuster hit: a charismatic hero, tonnes of spice, and a surprising plot twist! Also, let the “experts” in drama demonstrate how it’s done. In this most recent K(FC)-Drama, Srinidhi Shetty, the beauty queen of popular drama series, and Karan Johar, the king of all things drama, both play supporting roles. The brand-new Popcorn Nachos from KFC are the star of the show! In the promotional videos, KJo and Srinidhi are seen ratcheting up the drama as each bite surprises and delights them. KJo and Srinidhi both agree that “Yeh snack nahi drama hai!” when the Colonel introduces KFC’s Popcorn Nachos, and we couldn’t agree more.

Moksh Chopra, Chief Marketing Officer of KFC India, said on how to add some much-needed drama to monotonous daily life: “A little crunchy and crunch go a long way in causing some excitement in daily routines. And who better to add to the drama in KFC’s Popcorn Nachos in their respective charismatic approaches than renowned actors Karan Johar and Srinidhi Shetty. Drama lovers, enjoy this treat with two times the crunch and a unique flavour combination. KFC it up!

Karan Johar shared his experience by saying, “I never imagined that something could surpass the drama and emotions of my films. But after taking a one bite of the delectable KFC Popcorn Nachos, I understood that drama was not a snack. Just like how I prefer my scripts and my life to be, KFC’s brand-new offering is jam-packed with twists and chips. Lights, camera, drama! This cooperation has been nothing short of a delicious ride. The legendary Srinidhi Shetty continued, “KFC’s famous crispy chicken has always been a favourite of mine. However, it was true love at first bite with the new KFC Popcorn Nachos! The chance to work with you on the debut of this new item made me ecstatic.

Chief Creative Officer Ritu Sharda continued when discussing the movie Ogilvy North: “We realised KFC’s Popcorn Nachos weren’t just any snack because each bite contained so many unique ingredients, flavours, and textures. It was a masaledaar plot that kept you on the edge of your seat and full of surprises. Drama in full swing, yani ye snack nahi! The two most dramatic personalities in the nation, KJo and Srinidhi, are the best candidates to land drama.”

This limited-time deal combines crispy, spicy Doritos’ Nachos with crunchy KFC Popcorn Chicken, along with a freshly crafted masala salsa and cheesy jalapeño sauce. Beginning with the hero’s dhamaakedaar entrance, Chicken Popcorn, there is a masala kick, an unexpected turn, and then a zabardast conclusion.