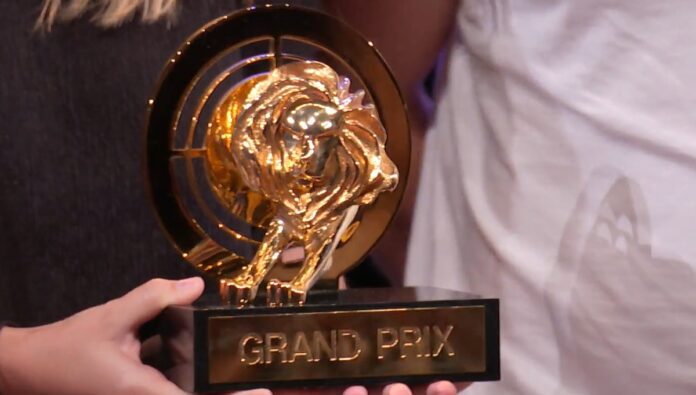 By being named Agency of the Year, Dentsu Creative India closed the book on Cannes Lions 2022 on a triumphant note. Any Indian agency has never before received such a significant award from the advertising festival.

The final metals total for Dentsu Creative India at Cannes Lions 2022 is composed of 3 Grand Prix, 1 Titanium, 1 Gold, 4 Silver, and 3 Bronze Lions. 24 shortlists were obtained by the agency.

Amit Wadhwa, CEO India, Dentsu Creative, described himself as “speechless” after the agency’s outstanding performance at Cannes Lions this year. He added that it was difficult to find the right words and new adjectives to describe his feelings. It hardly feels like an understatement to suggest that this is historic. When your week begins with a Grand Prix and you later add two more along with a Gold, four Silvers, and three Bronzes, you may feel as though you are having a dream run. Finally, a Titanium gives you that “top of the world” feeling. The good news is that we are “The Agency of the Year,” so this is not the end of the story.

Wadhwa continued, “While we have achieved what we have, it is also exciting to see all the other Indian agencies achieve great success. What a sweet sensation! Unquestionably, we are honoured to be connected to a campaign that wins top honours on a global scale. The team’s passion and dedication are stoked by this, which they have been working on nonstop. Everyone who participated and all of our current and former co-workers who put so much effort into the campaign deserves full credit. They come out on top in the end.

Additionally, he expressed his sincere gratitude for all the support, adoration, and acceptance he had gotten from the entire fraternity throughout the festival. “This is only the beginning, I can guarantee you of that. We still have a long way to go, newer goals to achieve, and records to break. Good luck to us and keep an eye out for Dentsu Creative! Added Wadhwa.

Likewise ecstatic “Winning the Agency of the Year is an emotion I cannot even begin to describe,” said Ajay Gahlaut, Group Chief Creative Officer for India at Dentsu Creative. I used to wonder if I would ever receive that same honour as I used to watch other agencies earn the title. It is true what people say. A dream can come true! With the Titanium victory, the hat trick of Grand Prix victories, plus a tonne of other metals, I’m ecstatic. Not just me, I believe no one in the Indian advertising industry has ever been a part of such a big collection of Lions. And we may be the first full-service Indian agency to win Agency of the Year, in my opinion. I salute everyone on the team who worked on ‘The Unfiltered History Tours’. Both those who are present and those who have passed away. Congrats to everyone. It’s party time for the moment!”