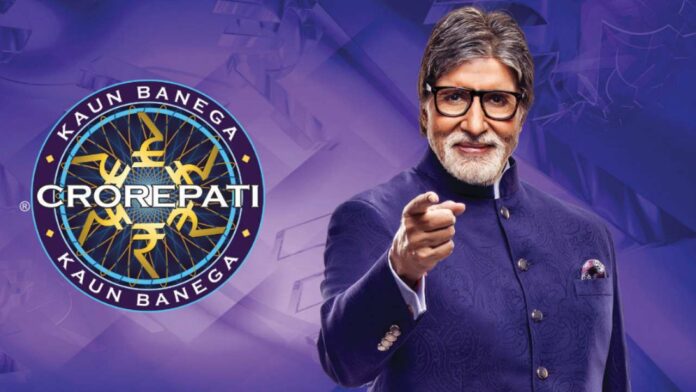 Kaun Banega Crorepati aka KBC is an Indian television broadcast. It’s one of the foremost popular programs in India. It is the proper platform to showcase your intelligence. This year its visiting be the 13th season of it. KBC, a show that commands unmatched success and recognition, is ready to entertain the audience this year starting 23rd August, every weekday at 9:00 pm on Sony Entertainment Television.

Receiving great responses during the digital auditions, the contestants are only 1 step off from the new Seat! The show is produced by Studio NEXT and hosted by Amitabh Bachchan. This season a refreshed motorized virtual ceiling and gameplay graphics are re-engineered. The sports timer that everybody has at the sting of their seats has been aptly given a brand new name as ‘Dhuk-Dhuki Ji.

A leaderboard will display what quantity time each contestant takes to answer the respective questions and also the one to answer all three questions correctly within the shorter period of your time will head straight to the recent Seat!

Now if we speak about lifelines, yes, the Audience Poll is making a comeback this season! With the studio audience being welcomed home, the whole vibe of the show has been raised some degrees higher. The opposite three lifelines are 50:50 (where 2 incorrect answers will get deleted from the four options); Ask The Expert (where the contestant can seek help from one distinguished professional) and Flip The Question (where the contestant will get a chance to vary the question altogether and choose a subject for the replacement question).

In addition to on Fridays, KBC will celebrate Shaandaar Shukravaar with celebrity guests, playing the sport for a social cause. This 13th Season of KBC aptly states, sawaal Jo Bhi ho, #JawaabAapHiHo.

This year KBC is Co-presented by BYJU’S and Cadbury Dairy Milk and is Co-Powered by Hyundai Motor India Limited, Asian Paints Royale Glitz, Ultratech Cement, and Zydus Wellness Ltd – Complan. The Associate Sponsors are CERA, PharmEasy, IDFC FIRST BANK, LIC of India, and Bharat Matrimony. Reserve Bank of India is that the Special Partner on the show.